At the ‘All About the Tax' CPA Ireland tax conference in Cork were speakers Paul Gosal (Buckley Kiely), Nicola Quinn (PwC) and Cormac Fitzgerald, CPA president 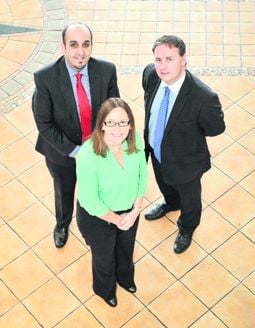 At the ‘All About the Tax’ CPA Ireland tax conference in Cork were speakers Paul Gosal (Buckley Kiely), Nicola Quinn (PwC) and Cormac Fitzgerald, CPA president

THE government should ‘not promise or imply the impossible’ when managing the State’s finances, a Kinsale accountant has said.

Cormac Fitzgerald, president of the Institute of Certified Public Accountants (CPA Ireland) also called on the government to take steps to alleviate the unfair tax burden borne by self-employed people.

Mr Fitzgerald, who is based in Kinsale, was speaking at the CPA Ireland Annual Tax Conference, held in the Rochestown Park Hotel.

Addressing more than 150 delegates from all around the Munster region, Mr Fitzgerald said the challenge facing the government was to manage the expectations, and conflicting demands for more resources. ‘The average taxpayer will expect to have the tax burden lightened – the public servant will expect to have some pay restoration, the health service will expect greater resources to deal with A&E crises, and so on. There is no way that all of these expectations can be met in the short – or even medium-term and over-promising will only lead to disaffection down the line,’ he added.

Mr Fitzgerald said we must keep in mind that in January alone we borrowed €200m, simply to ‘keep the show on the road’.

‘So we would urge the government to tread with caution when opening the purse strings, and not to promise - or imply - the impossible,’ he said.

He added that the government have signalled their intention to introduce parity into the tax system and the CPA urged them to move on this without delay. ‘There are two possible changes to be considered – the first, a tax credit, for the self-employed, equivalent to the PAYE tax credit and secondly, the abolition of the USC 3% premium on self-employed incomes over €100,000. It seems odd, that in an economy where job creation is of critical importance, such discrimination would exist and in our view, there is no room for a differential, irrespective of the taxable income, between an employed, or self-employed person.’