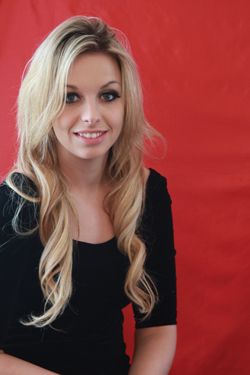 FANS of the West Cork singer, Danica Holland, have helped her to reach half of her target of €8,000 – the amount she needs to professionally record her debut single.

At the end of last month, Danica, who is a native of Glengarriff, embarked on a ‘Fund It’ project to help kick-start her solo music career following her starring role on last year’s popular Voice of Ireland series.

In exchange for their financial support large and small, her fans and well wishers have, so far, signed up for a range of rewards from private concerts, to muffins baked by the singer, or an exclusive copy of the debut single she plans to release later this year.

While her fundraising effort has gone extremely well, if Danica doesn’t reach her target by April 1st, she will not receive any of the money that has already been pledged. However, she is making a final push in the last few weeks to realise her dream, and hoping she will get the support she needs.

To get involved and contribute, go to www.fundit.ie and search ‘Danica Holland’ to see the range of rewards on offer in exchange for helping a genuine home grown pop star take her next big step in the world of music.