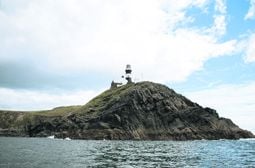 CORK County Council has been asked to rule on the amount of access which the public has to the Old Head of Kinsale.

The owners of the golf club were recently granted a publican’s licence for the clubhouse bar – meaning the public have to get access to the building, at least.

As reported exclusively in The Southern Star last month, Ashbourne Holdings was granted the licence for its clubhouse after a hearing by Judge Seán Ó Donnabháin.

During the hearing, Ashbourne director Margaret O’Connor gave an undertaking that no barriers would be placed preventing access to the public at the entrance gate.

According to the Friends of the Irish Environment, (FIE), this should mean a return to the terms of the original planning permission guaranteeing the public access to the lighthouse and the area ‘marginal to the neck and the northern rim of the headland to the old lighthouse’.

Access to the site was the subjected of long and protracted legal debate some years ago.

Under the Planning and Development Acts, on payment of an €80 fee, any member of the public may ask a local authority to clarify the planning status of any development, including a change of use.

A statement from Friends of the Irish Environment this week said: ‘Because this change of use now includes the operator’s legal commitment to allow access to the Old Head, we are advised that it is now open to the planning authority to revisit its original conditions.’

The Council is required to decide within five weeks, an FIE spokesperson said.