BY JACKIE KEOGH IN anger and frustration Cllr Michael Collins (Ind) walked out of Monday's West Cork Municipal District meeting in solidarity with the people of West Cork who are being offered a reduced recycling and refuse disposal service. 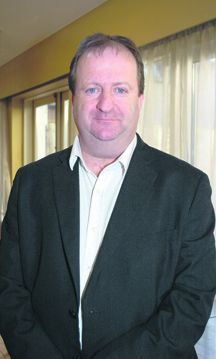 IN anger and frustration Cllr Michael Collins (Ind) walked out of Monday’s West Cork Municipal District meeting in solidarity with the people of West Cork who are being offered a reduced recycling and refuse disposal service.

Accusing Council officials of making dictatorial decisions, Mr Collins rose to his feet and demanded that the director of environment be invited to a meeting to explain why the people of West Cork are ‘being kicked in the butt’.

Mr Collins said the official should be asked to clarify why ‘we are being drip-fed closures here in West Cork’ – a reference to the fact that the Derryconnell civic amenity site between Skibbereen and Ballydehob will, from next Monday, be closed on Mondays, Wednesdays and Fridays, and that the Castletownbere civic amenity site will be closed on Mondays, Tuesdays and Thursdays.

A Cork County Council spokesperson confirmed that the opening hours of the council’s eleven civic amenity sites are to be ‘standardised’.

The decision, according to the spokesperson, follows a ‘staffing and operational review’ carried out by Cork County Council, agreed with unions. The sites will also close from 12.30pm to 1.30pm to allow staff to have lunch.

The redeployment of staff to a mobile unit on the ‘closed days’ to clean up indiscriminate dumping was described by the spokesperson as ‘good news’ but it did little to sweeten the mood at the meeting.

Mr Collins claimed ‘there are little or no savings’ to be made. He said the people of Castletownbere and Skibbereen were being ‘totally inconvenienced’ and, after declaring the new state of play to be ‘a scandalous situation’, he walked out of the meeting.

Cllr Joe Carroll (FF) was equally vociferous. He asked: ‘Is the Council serious about waste management?’ and he warned that a reduced service would inevitably lead to more fly tipping and the pollution of our rivers, lakes and streams.

He complained that the people of Clonakilty ‘can walk into a state-of-the-art facility’.

Mr Carroll said the need for adequate recycling and refuse disposal facilities, not just for West Cork residents, but for visitors and tourists too, is vital.

Cllr Noel O’Donovan (FG) opposed the planned cuts to the opening hours and he called on the Council management to reconsider. It was agreed that the District chairman, Cllr Patrick Gerard Murphy (FF), would raise the matter directly with Cork County Council CEO Tim Lucey.

Mr O’Donovan was somewhat critical of Cllr Collins walking out of the meeting. He told The Southern Star: ‘I believe we are elected to represent the people of West Cork and the only successful way we can initiate change, or air the views of the people, is to participate in meetings and not to involve ourselves in theatrics.’

Finbarr Harrington, chairman of Cork County Community Voluntary Forum, while welcoming that jobs would not be affected, deplored the cutbacks that will see some centres going from a six-day week to two-and-a-half days.

‘It is a massive cut,’ he said this week. ‘This move is penny wise and pound foolish.’