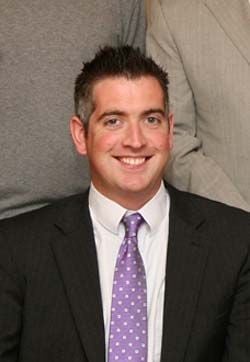 WITH a major re-surfacing and drainage scheme costing €7m having begun in Clonaklity this week, the chairman of Clonaklity Chamber of Commerce has said that despite the potential upheaval to a section of the town, Clonakilty will be open for business.

‘We appreciate the pain that has to be endured during these works but it has to happen and we look forward to working with the contractor to negate some of those grievances. We are also looking forward in the near future to an artists impression of the streetscape that will be erected at either end of the town.’

The re-surfacing and drainage works began on Monday April 20th and are expected to be completed by April 21st 2016.

The works will take place from Faxbridge roundabout to Astna Square, and from there to Bank Corner at the junction of Pearse Street and Bridge Street.

The contract for the scheme was awarded to Arkil, and the NRA are the lead for the project on behalf of Cork County Council. An information evening was held last week in O’Donovan’s Hotel, which allowed members of the public to view the plans and the programme for the construction works.

The works to be completed include the construction of new storm water collection system with pump station and outfall to bay at Faxbridge as well as the installation of new watermain and associated works.

At a recent Municipal District Meeting, Cllr Christopher O’Sullivan also said the townscape will be transformed for the better.

‘Despite the inconvenience, Clonakilty will be transformed and the town will benefit significantly from the works.’

Delegates of Clonakilty Chamber of Commerce will continue to meet with Cork County Council, the NRA and Arkil to ensure that there is as little disruption as possible for business during the work programme.

‘Clonakilty Chamber of Commerce also have a commitment that no works will take place within the town during the months of July and August and there will also be a break during the Christmas period.’

It is expected that the main body of work will be completed as far as Astna Square by the end of June. However, the completion of footpaths and landscaping will not begin until after the summer and temporary footpaths will be in place.