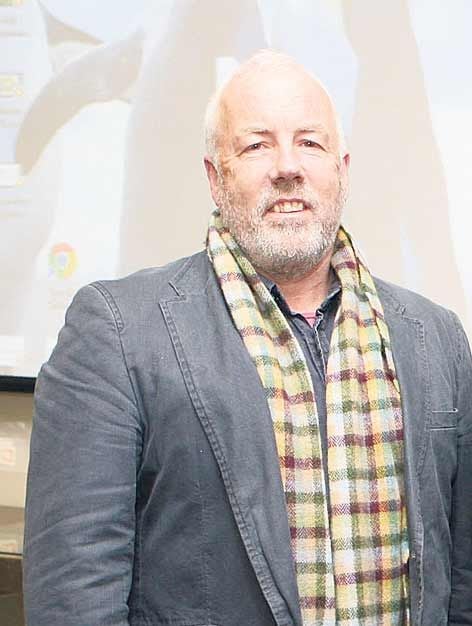 CORK city and county is set to get a series of ‘blueway’ trail for canoes, thanks in part to Skibbereen-based kayaking expert Jim Kennedy.

Jim, who runs the successful Atlantic Sea Kayaking business, has been involved in a feasibility study of possible routes for kayaking trails around Cork harbour and West Cork.

The plans for Cork city were first mooted in January 2014 when the Irish Sports Council’s National Trails Office (NTO) and Canoeing Ireland (CI) were contacted by William O’Halloran of SECAD to assess the feasibility of a blueway activity trail in Cork.

Secad is South and East Cork Area Development, and the proposed trails will take in routes from the city, south, as far as Crosshaven, and to the east, to Cobh and beyond to Cuskinny and East Ferry.

The trail feasibility inspection was completed last September and all of the proposed trail heads were visited by William O’Halloran and Jim Kennedy.

The city trails will complement two rails, which are already well advanced, for West Cork. The West Cork trails will initially comprise the Ilen trail (Skibbereen to Baltimore) and the Bantry Bay trail (from Bantry to Whiddy island, and back).

Both trails are about 11km long and should be up and running later this year, Jim estimated. He thanked Cork County Council for their help with the scheme, which could brings thousands of tourists to the area.

The Skibbereen trailhead will be at the recently launched Chapel Pier slipway, and a number of other public piers – which will be well signposted – will line the route. Jim already runs a popular Cork city night-time kayaking tour, which takes in landmarks like Cork City Hall, St Patrick’s Bridge and St Mary’s Cathedral.

The feasibility study conducted for the Cork city and harbour trails concluded that there are relatively few major works needed, and the majority of funding should go to signage along the route.

According to the city area feasibility study, which was published last week, the proposed project presents ‘great potential to develop an extensive network of water trails connecting a diverse range of communities around Cork Harbour.’ It added there was ‘minimal infrastructure required’ for the development of the trails, as existing public water access points have been identified at the trail heads.

The graphic design and branding work has already been completed for the Blueway concept and is available for the routes.

‘The quality of the trails around Cork Harbour is exceptional with a diverse mix of scenery, heritage and bio diversity. The quality and variety of the proposed trail network is likely to attract users from across Ireland as well as international visitors,’ the feasibility study has concluded.

Pull-in points at locations of particular historical or environmental interest with information signs would contribute positively to the user’s experience. The report has drawn attention to the tidal challenges for some kayakers, but there are also a number of areas, especially around the Drake’s Pool section near Crosshaven, which are relatively sheltered and suitable for the less experienced.

Failte Ireland is already promoting a number of ‘blueways’ on its blueway.ie site, but until now, they have been mostly in the West of Ireland.