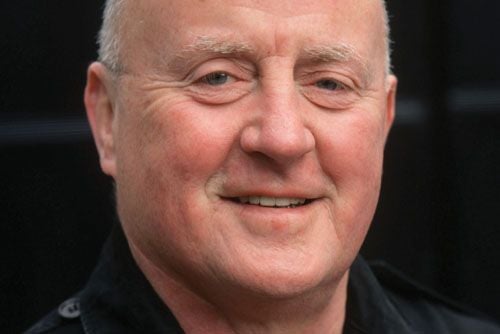 Christy Moore has submitted questions for the Rath school quiz

TWO questions: (1) Do you watch a lot of telly?

And (2) Do you think all the information you have amassed over the years could win you prizes?

If the answer to both of these questions is ‘yes’, then you should try the ‘Celebrity Quiz 2015’, which will be held at Casey’s of Baltimore Hotel at 9pm on Friday, April 17th next.

Local businessman, Kevin Cadogan, hit on the idea, a few years ago, of getting celebrities to set 10 questions on any subject of their choosing as part of a fundraising quiz for Rath National School in Baltimore. Among the illustrious celebrities who have contributed questions to this year’s quiz are the hugely popular BBC presenter, Graham Norton, West Cork’s ‘own’, Jeremy Irons and Lord David Puttnam, and the Saturday Night Show host, Brendan O’Connor.

The Late Late Show host, Ryan Tubridy, has also signed up, as have singer songwriters, Christy Moore and Charlie McGettigan.

There are even two key members of RTÉ’s Prime Time team, presenters Katie Hannon and David McCullough, in the mix.

Journalists and broadcasters John Creedon and Alison O’Connor have got in on the act, as has the 2014 Irish Master Chef winner, Diana Dodog, and Martin Shanahan, the chef and owner of the famous ‘Fishy Fishy Restaurant’ in Kinsale.

Last, but certainly not least, Twiggy and her husband, the actor Leigh Lawson, have also come on board for Baltimore’s ‘Celebrity Quiz’. Any quiz team – or indeed any individual who would like to become part of a random team – can pre-book a table by contacting Kevin on 028 21461.

But people are also welcome to just turn up on the night because the hotel can take as many as 40 teams of four at €40 per team.