A PIECE of copper taken from a mine deep beneath the ground in Allihies has been inserted into a sacred ornament and placed on the top of a copper-roofed temple at a nearby retreat centre.

Tadhg O’Sullivan, chairman of the Allihies Copper Mine Museum, presented one of two surviving copper ingots that were mined in Allihies in the 1800s at a special ceremony held at Dzogchen Beara.

Shortly after a traditional Tibetan blessing, Tadhg and the project manager Leon Rossiter placed the ingot inside the central copper ornament, which is known as a sertog.

From a safe distance, guests looked on as highly-trained workers placed a protective covering around the gold-plated sertog and cables winched it into place on top of Ireland’s first purpose-built Tibetan temple at Garranes.

Throughout last Thursday, in blazing sunshine, the workers continued to hoist the remaining 14 glittering ornaments into place, including four gold-plated dragon heads that were placed at the corners of the temple roof.

Each of the ornaments were made in Tashi Jong in northern India and it took sisters Maella and Isha Wootton – affectionately known by their work colleagues as the ‘Sisters of the Dragons’ – 18 months to research, test all products, train, and gild the copper decorations in gold leaf.

Tadhg O’Sullivan said the inserted ingot was one of two ‘precious’ pieces of copper they had at the Allihies Copper Mine Museum, a popular tourist centre that explains how copper mining was a central part of the region’s history. 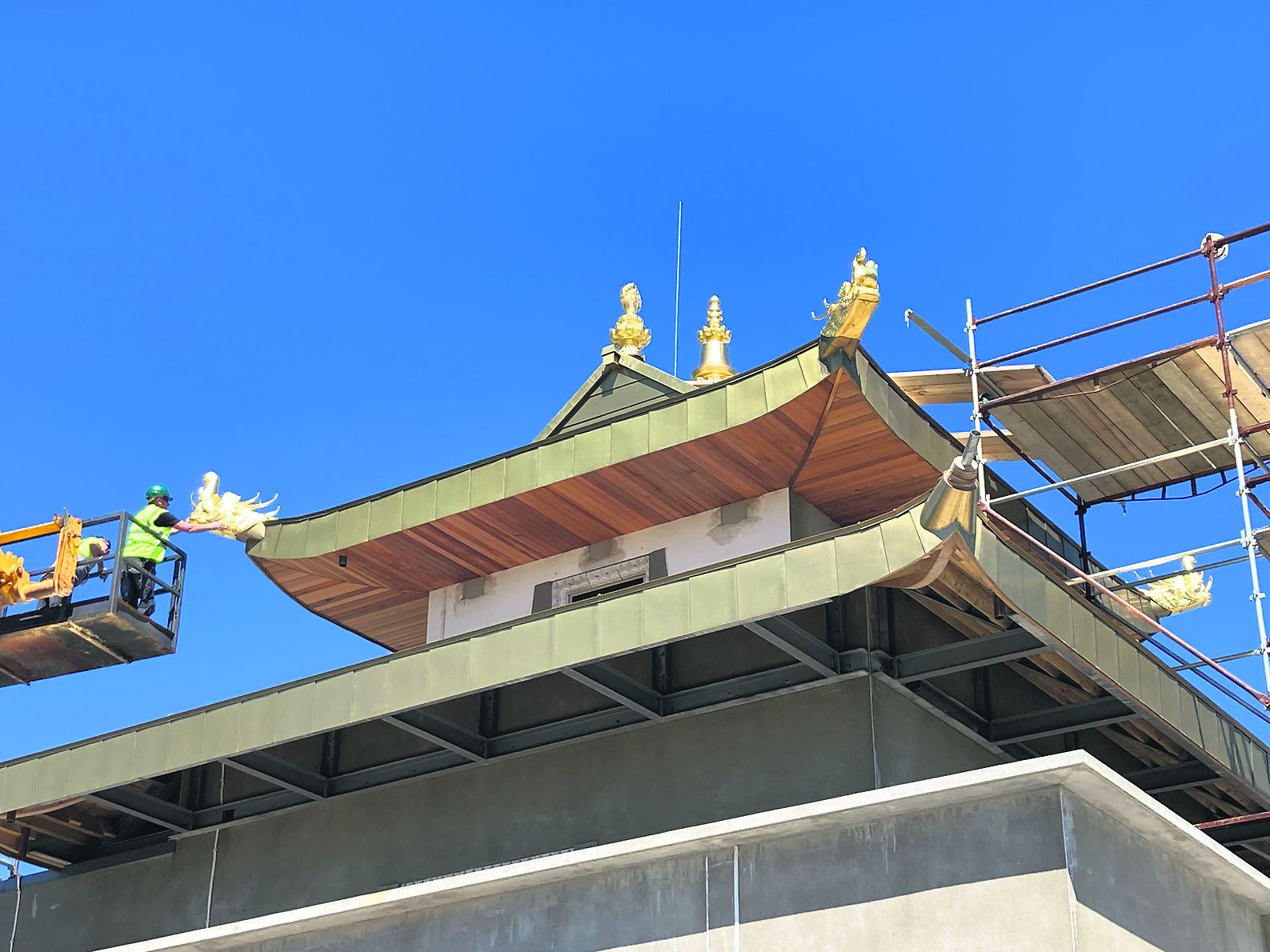 One of the gold-plated dragon heads being installed. (Photo: Anne Marie Cronin) 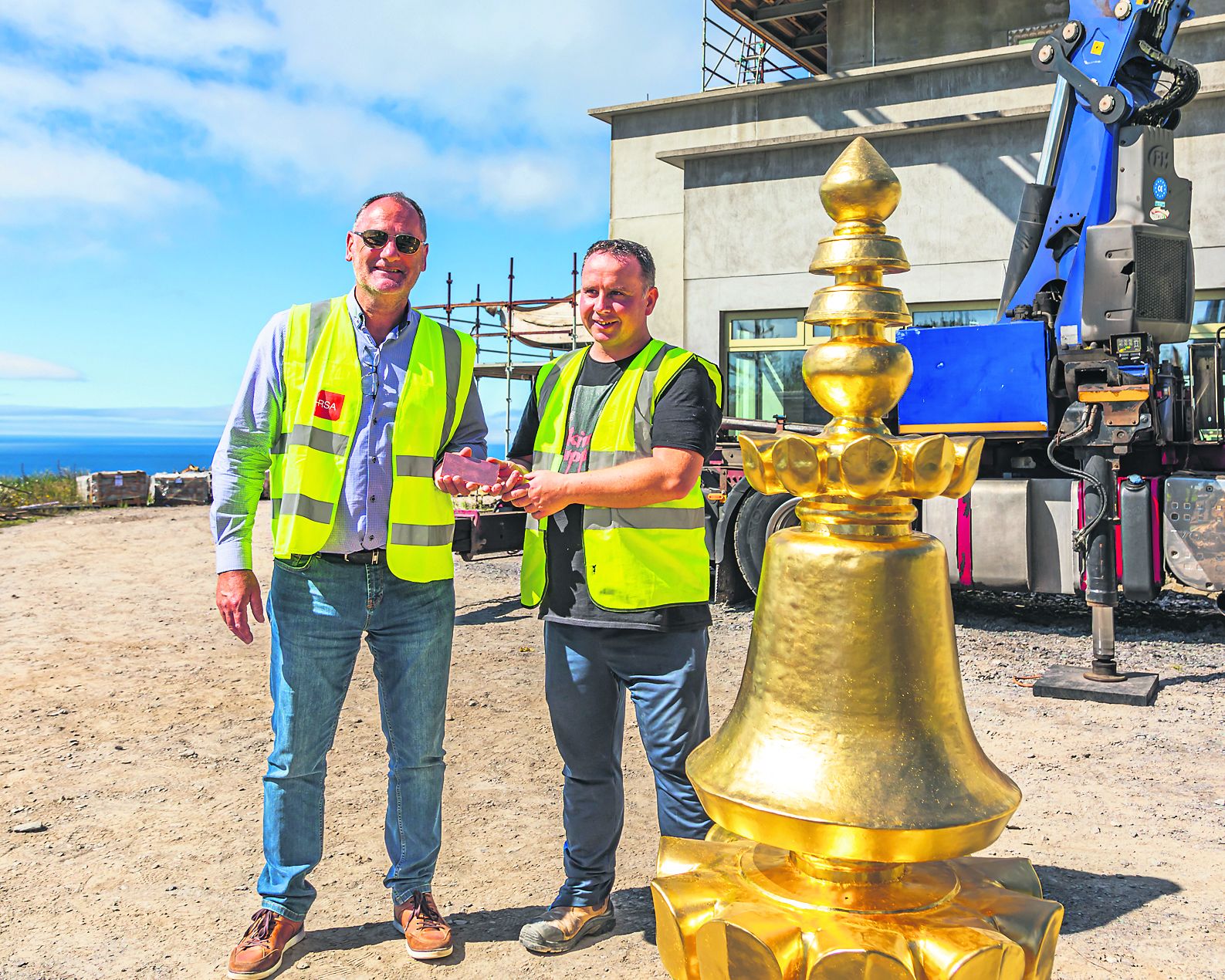 Leon Rossiter, project manager and Tadhg O’Sullivan, chair of the Allihies Copper Mine Museum placing copper from the mine in the central ornament before it was put on the roof. (Photo: Anne Marie Cronin)

‘We are delighted to present one of them to our neighbours because it signifies the integration of the community, here at Dzogchen Beara, into the wider community of the Beara Peninsula and Allihies,’ said Tadhg.

Initially, when Peter and Harriett Cornish started the retreat centre in the 1970s, Tadhg said it was considered a bit ‘out there.’

‘But gradually, over the years, because of the ethos of this place – the openness and the welcoming approach that it has to everybody – it became integrated into the community.’

‘Now,’ he added, ‘it is a key part not only of the Allihies community, but also of the Beara Peninsula. 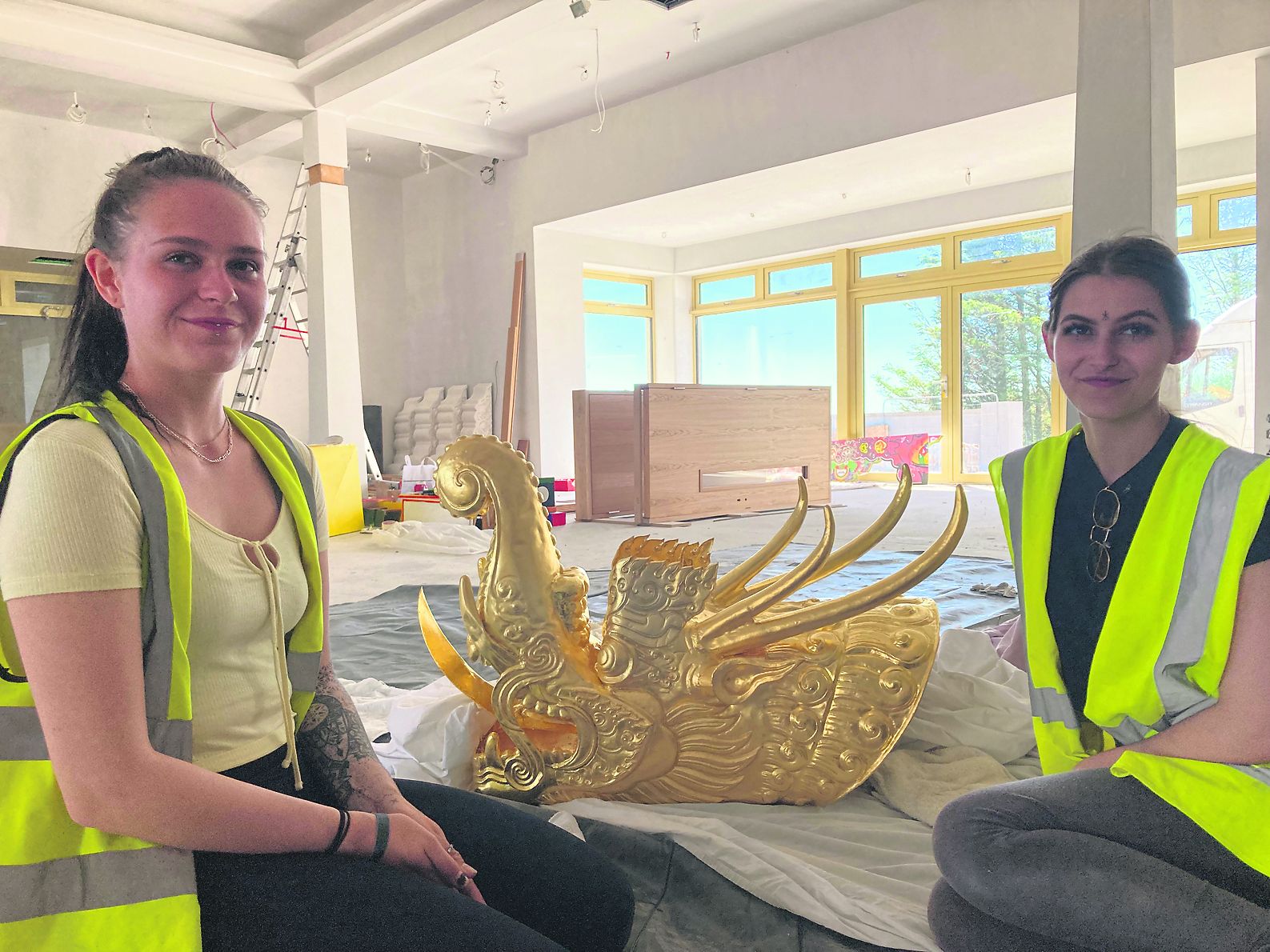 Maella and Isha Wootton who did the gilt work on each of the 15 ornaments for the temple roof. 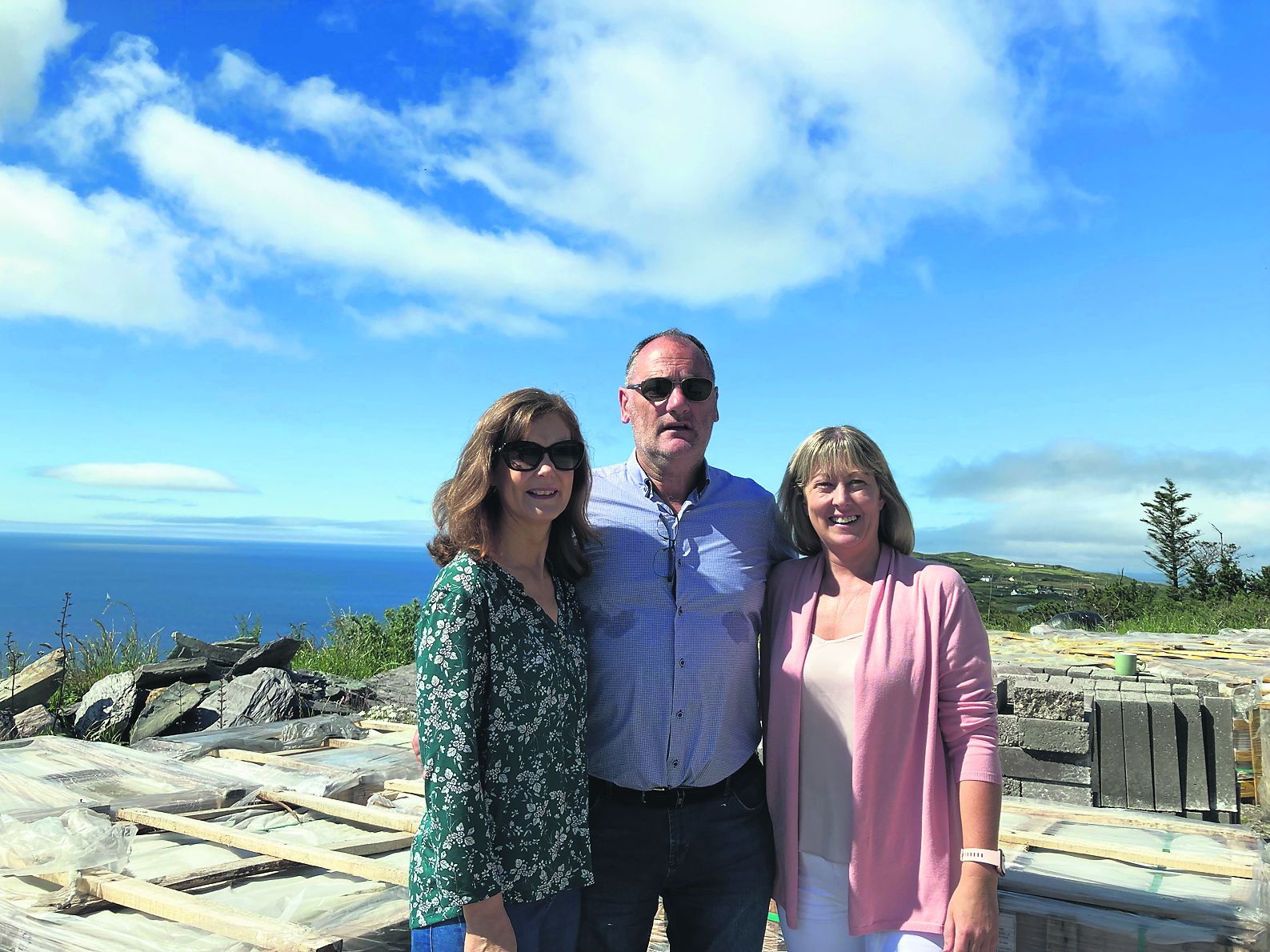 Describing the cliff-top site at Garranes as ‘spectacular’, Tadhg said that when the temple is complete it will be ‘doubly spectacular.’

Malcom MacClancy, the centre director, said the temple project began seven years ago and may yet take another year to complete.

‘We see the copper roof as being the crown of the temple,’ he said, ‘and it could be said that in putting the ornaments on we are putting the jewels in the crown.

‘We call them ornaments but they are not extraneous decoration,’ he added, ‘each has a powerful symbolic value from the point of view of the Buddhist tradition.’

Malcolm described as ‘powerfully symbolic’ the offer of the ingot saying, ‘It resonates with the connection that Dzogchen Beara has with the Beara Peninsula and the local community.’