Baby Willow making the emotional ferry trip to Bere Island in the arms of her uncle Glen, and with mum and dad Fiona and Dwain. The ferry was driven by her grandad Colum.

A YOUNG West Cork mum whose daughter lost her brave battle for life before Christmas said everyone who met her was stronger and better for it.

And Bere Island’s Fiona Harrington is determined her precious Willow’s legacy will make things easier for other sick kids and their families.

The couple were living in Kinsale during the pregnancy and Willow was born in CUMH on March 31st. While her parents knew she had a rare condition, they naturally held out hope for her.

‘Her diagnosis at five weeks still came as a shock to us. We really didn’t know how long Willow would live for so we were determined to have memories of her at home, thinking that would be maybe for a week or two weeks,’ said Fiona.

But Willow surpassed everyone’s expectations of her. ‘She was never supposed to make it through the pregnancy but she never stopped fighting,’ said her mum.

Despite thinking they’d be nervous once home in Dwain’s native Donegal, where they built their family home, the couple soon settled into their new life with their daughter. They got used to their new normal even if it included things they had never envisaged. 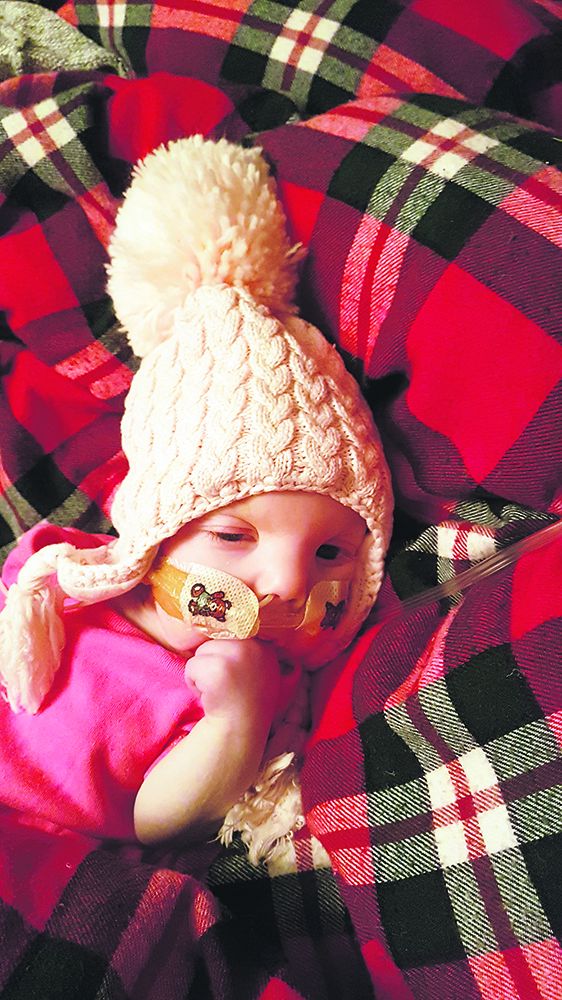 Medical appointments, nurses visits etc were all part of their regime as Willow was tube fed, had a low immune system and medication that needed constant tweaking. Because of these challenges they were naturally reluctant to let too many people visit or to get out and about much for fear of infections.

‘She got really sick when she was three months old and we really thought we were going to lose her at that point. We took her to bed with us on June 30th thinking that was it. But we woke up in the morning and there she was kicking and punching Dwain. 'We couldn’t believe it. So we thought if she was making the effort so would we and we let everyone visit. We both work on boats and we took her on a ferry to Arranmore, went for walks on the beach, things like that. It was about making memories,’ said Fiona.

Part of that memory making was a trip to Fiona’s home place on Bere Island; a sleep over with granny and grandad, Ann (who runs the Lookout restaurant on the island during summer months) and Colum (who runs Bere Island Ferries)  which we wrote about in this newspaper previously.

It happened back in August and wouldn’t have been possible without the help children’s ambulance BUMBLEance. It was something Fiona thought would never ever materialise as a road trip from Donegal to Bere Island would have been too challenging for Willow.

BUMBLEance organised a flight from near their home to Kerry where it met them and drove them to the ferry which was poignantly driven by her dad Colum.

Fiona was so grateful for the help of BUMBLEance that she completed a challenging fundraising sea swim for them in November.

In addition, fundraising by her former national school on Bere Island and by Dwain’s school has raised €5,500 for Jack and Jill whose nurses helped them with night shifts when Willow was very sick. 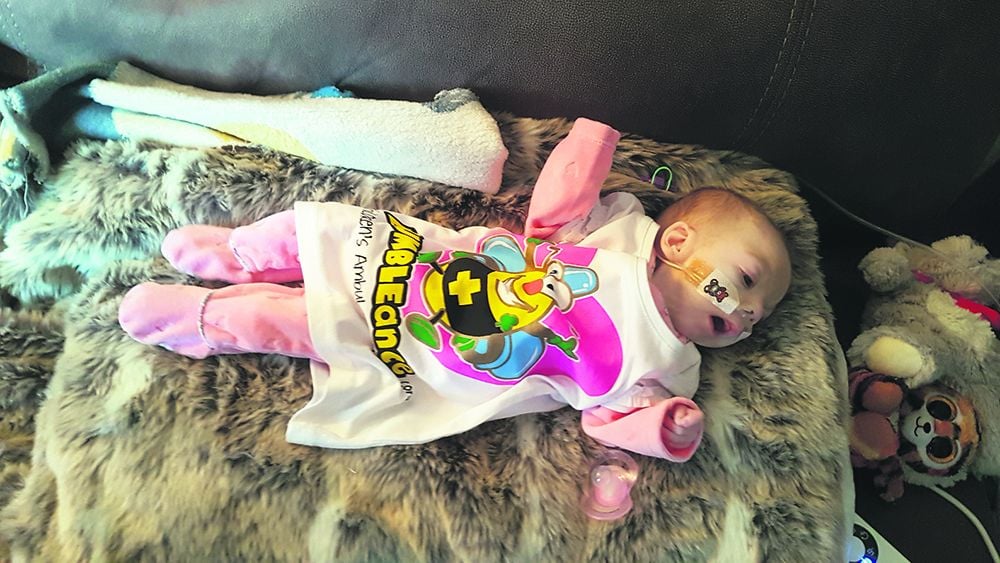 Fiona said she hadn’t heard of either charity before Willow was born and if any good can come of their tragic loss it is that their profiles will be raised so they can continue their work.

‘That’s how Willow can help and leave her mark,’ said Fiona.

In the middle of all their heartbreak, the couple had lots of ‘normal’ moments with their newborn.

Fiona remembers how Willow hated having a dirty nappy; always knew how to get her own way and loved being held as she got older.

The 27-year-old remembers her daughter as being in ‘really great form’ in her final days.

She was sleeping a lot, which wasn’t too unusual, but it gradually became clear that she was entering into her final hours.

Fiona made the heartbraking phone call to her parents, who she’s very close to, and Dwain’s parents, who live nearby.

‘I remember she was giving out to us until we changed her nappy and then she went off to sleep lying across both our knees. We were still holding out hope but she drifted off very peacefully, just the way we hoped it would happen as we didn’t want her to be in any pain.’

Fiona said despite everything, ‘you’re never prepared for anything like that.’

But she said: ‘We would rather suffer through these tough times than to have never known our gorgeous little Willow.’

They chose to cremate Willow and her ashes are with them at all times – in their home, and also on a necklace and bracelet they wear- so they’re never apart.

Smaller urns are in both sets of grandparents houses.

‘That way she’s always in all our homes,’ said Fiona.

Right now they’re taking it day by day and naturally the time of year is making things even more emotional.

‘But Willow has definitely made us stronger and a lot closer as a couple. Something like this gives you a different outlook on life. She made everyone stronger.

‘I hope everyone remembers her charities and remembers her, although I don’t think anyone who met her will be able to forget her. She was something else.

'She melted hearts and touched people, she was so funny. Even grown men asked to hold her.

'Every day was a blessing with her. Leaving the hospital we were given two weeks oxygen supply, then we got to the end of the summer, then after that every day was a bonus.

'Willow was a fighter from the very start. My dad always said, when Willow was born she thought "these two aren't so bad maybe I'll stick around a while longer!"'