Mary was director of the Education Centre in Dunmanway for 12 years and has been extensively involved in education reform.

Colaíste na Toirbhirte in Bandon will enrol male students next year for the first time in its 200-year history. Principal Mary Galvin talks about the exciting times ahead for the school.

WE need to be thinking more about the individual and less about gender to help everyone flourish and find their talents while they’re in school.

That’s the view of Mary Galvin principal of Colaíste na Toirbhirte, Bandon which has transitioned to a co-ed facility, ending a 200-year female-only tradition.

The change came about after a request came from the Department of Education last year, not long after Mary was appointed principal.

‘They were looking at statistics for Bandon and it came in response to a real need for more places for boys in the town,’ said Mary.

It was a radical request, but there was no doubt in school management’s mind that it was the right thing to do.

‘It was agreed that there were more reasons to go with the change, than to resist it,’ said Mary. ‘Besides, we don’t think for one moment that we’re taking away from the 200-year tradition of the Presentation sisters. In fact, we feel that this will enhance the life of the school, and our commitment to girls will continue just the same.’

Through her extensive experience across a diverse range of educational areas, Mary has been at the forefront of much reform, and says she’s always been open to new ideas.

A teacher of business and geography, she was director of the Education Centre in Dunmanway for 12 years and was also part of a team of five who rolled out the revised geography syllabus nationwide in 2003.

She also worked in second level support services which saw her travel to schools from Donegal to Kerry, supporting teachers on the ground, as well as being involved in a guidance counsellor programme.

A career break saw her work as a tutor to professional masters in education students in UCC, and she’s also worked in private industry. Her husband John runs West Cork’s Galvin’s Garage and Coaches.

She admits she’s always had ‘that drag to go back to the school setting’ and was thrilled to be appointed principal last August, even if it coincided with the challenges of reopening of schools mid-pandemic.

Enrolment for next year’s first years is now open for both males and females, something which has accelerated a number of other new advancements in the school.

Outside of basics like toilets and changing facilities, it has resulted in a serious enhancement of its technology offering.

‘Technical graphics is being taught to first year girls this year for the first time and we’ve appointed a technology teacher. Design and communication graphics also started for our fourth years this year,’ said Mary. ‘We’ll be adding engineering and woodwork going forward, so that both our male and female students will be benefit from the technology suite of subjects.’

The north Cork woman said it was important that a school stayed ‘current.’

‘Technology was the missing cog in our wheel. We also have a teacher who is training for junior cycle coding and we’ll be expanding and building in this area over time,’ she said.

They were also invited by the Department of Education to apply for funding for an extension to the building, namely to accommodate practical subjects, and are confident the green light will be given for that project shortly.

Suffice to say, it’s been a busy time for Mary, at the helm of 500 students and 45 staff. And that’s how the mother-of-three likes it.

She says she ‘loves’ what she does, although she’s quick to point out that she couldn’t do her own work, without the wonderful support of others.

‘The welcome and support which I have received from both the school community and the Bandon community has been wonderful.

‘Taking the helm at Colaiste na Toirbhirte during a pandemic was made possible by the support of deputy principal Carolyn O’Flaherty and the whole school staff. The students warmly welcomed me to the school and really showed me that, even in the most difficult of times, that there is a reason to be positive every day,’ she said. Mary is mum to Ciara (14), Sean (12) and Darragh (9) who are all in school in Dunmanway, and where Mary has ‘fantastic family help’ in the form of her mother-in-law Jenny and family.

Her own late mother was also a fantastic help and would literally move in when Mary’s work took her away from home. ‘We’ve also had a brilliant childminder with us since the very beginning. She runs the house, and I honestly don’t think I could do this without her.’

Mary comes from a farming background and grew up in a busy home.

‘‘I’ve never shied away from long hours and I’m now part of a business household which really helps as everyone understands how it works, and we all support each other.’

Her three children are very involved in sports, on the pitch and track, and seeing the obvious benefits, she strongly feels that it’s an opportunity that all kids should be afforded.

‘Going forward, being able to offer PE as a Leaving Cert subject would be an ambition of ours at the school,’ she said.

So far this year, they’ve been lucky enough to encounter minimal disruption due to Covid.

But she’s well aware of the challenges her students were faced with over the past 18 months.

‘Our hearts melt for them, because we can see the school reality they’re experiencing, but of course we know that teens are so resilient and we’re confident they’ll all bounce back.’

Going forward, the emphasis at the school is still what Presentation founder Nano Nagle set out to do 200 years ago.

‘It’s about creating a space where young people can become confident, resilient, and creative and where they will learn how to make the right decisions,’ concluded Mary. 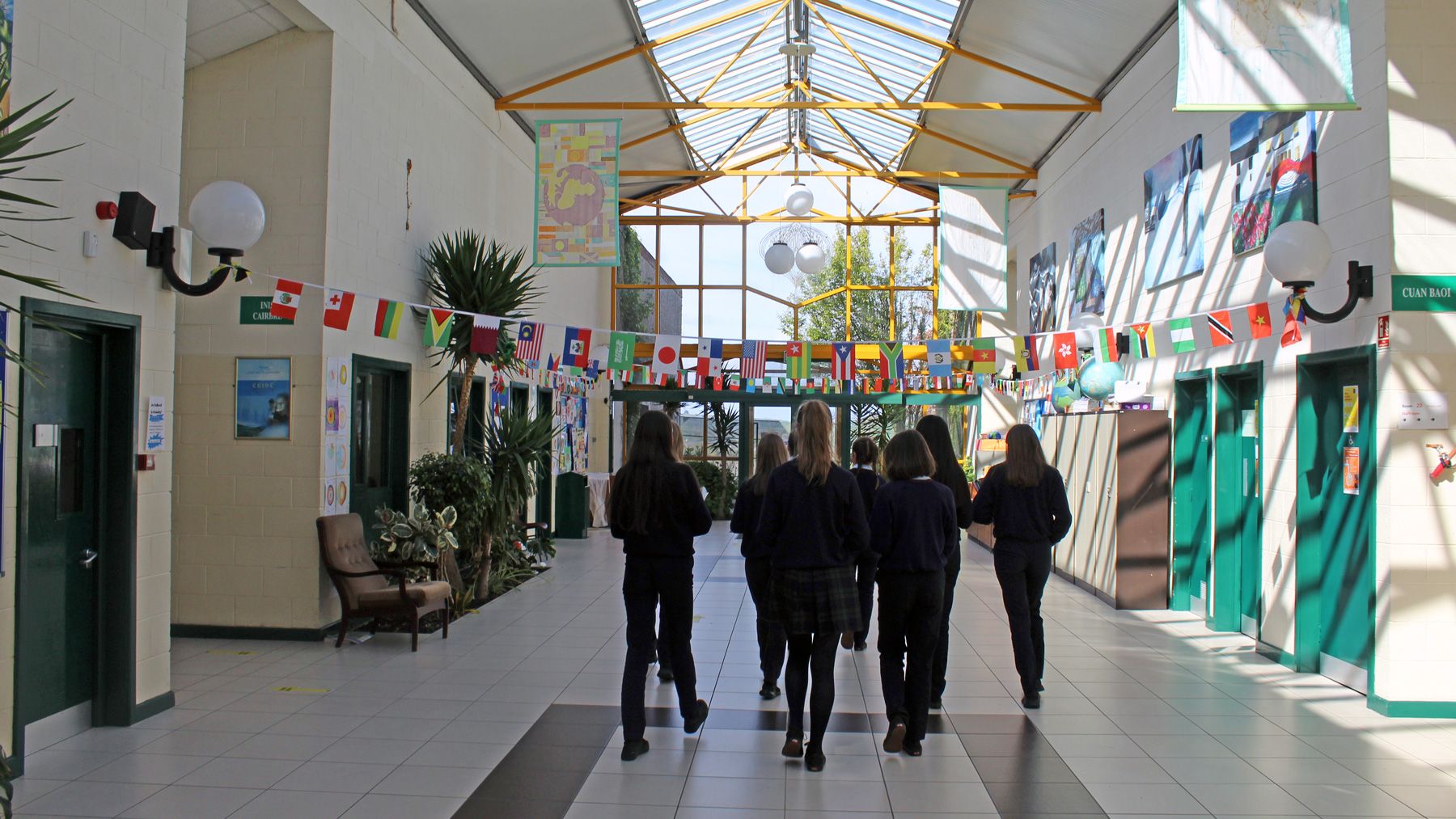 Mary said she and her colleagues were well aware of the challenges her students were faced with over the past 18 months during the pandemic.