Denis O’Mahony with his wife Michelle and their dog Toby at their home in Kilbrittain which needs to be adapted. (Photos: Martin Walsh)

A fundraiser has been launched to help a father-of-two who has been forced to future-proof his home, after getting a devastating Alzheimer’s diagnosis when he was aged just 52

THE community of Kilbrittain is rallying around a local man who is in a race against time to get ahead of his Alzheimer’s diagnosis.

Denis O’Mahony got the devastating diagnosis almost two years ago when he was aged just 52.

The father-of-two now needs to radically renovate his family home to accommodate his future needs which will see him require the use of a wheelchair.

His condition is deteriorating fast and a fundraiser was launched to cover construction costs which has already generated nearly €19,000 of €22,000 target.

The construction worker first noticed something was not quite right a few years back. ‘I’d put something down and then not be able to find it, or I’d find it hard to remember names. My writing also started to disimprove.’

Serious alarm bells also went off when he missed the turn-off for the Bandon Road roundabout on the way from work in Blarney one day and ended up facing oncoming traffic.

Unfortunately, Denis recognised the signs too well as his father also had the condition, and he shared his worst fears with his wife Michelle. 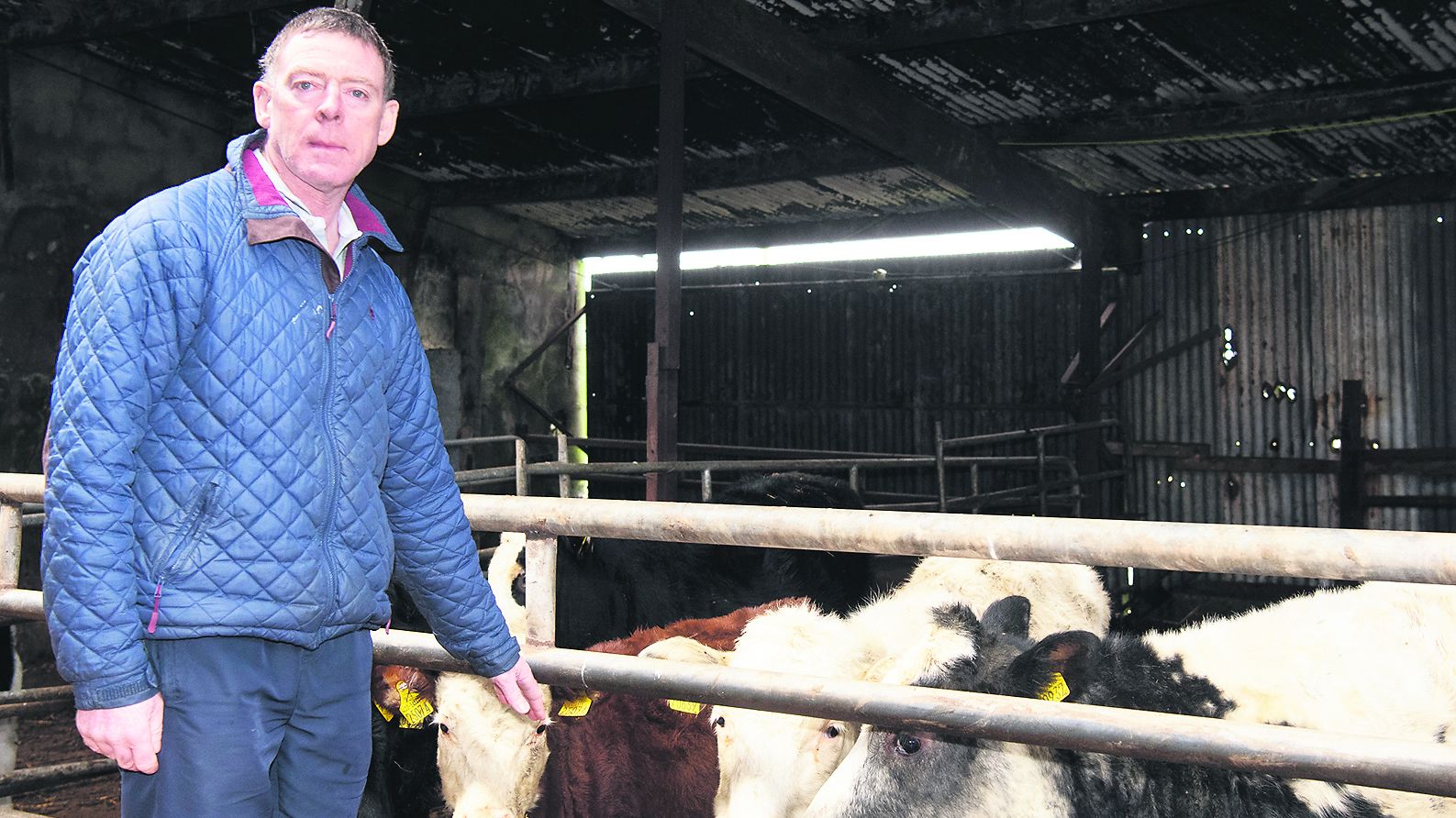 Denis O’Mahony at his friend’s farm near Kilbrittain village, he retains a great interest in farming.

He saw a consultant in April 2020, and a month later he had confirmation that he had a genetic form of Alzheimer’s.

Michelle said that even though they were expecting it, it still came as a shock.

‘We were hoping that whatever was happening was fixable. But it was almost like being given a death sentence,’ she said.

Just a year later Denis was already unfit to drive which was very hard as he loved nothing more than going for a spin and calling to visit friends.

The particular type of Alzheimer’s that Denis has means he suffers muscle tremors and also has  vertigo.

‘I don’t work any more and I used to enjoy walking but I can’t do much of that any more either,’ he said.

Michelle and Denis are parents to 18-year-old Donnacha and 15-year-old Leah, and the family have been heartened by the huge outpouring of support they’ve received from their community and beyond for their GoFundMe appeal.

‘To facilitate Denis’ future needs an extension was required to our home and it needs to be completed before his memory starts getting worse,’ explained Michelle. ‘He needs to be used to his new environment so that he will recognise where he will be as things get worse.

‘His eyesight is also deteriorating and we just don’t know what is ahead, all we can do is make our home more accessible to his deteriorating needs.

‘As a family we have exhausted all of our savings as the same bills come in but we don’t have the same weekly pay to cover them,’ said Michelle who works as a secretary in Bandonbridge national school. The couple come across as incredibly strong and brave.

‘We have to be strong,’ said Michelle. ‘We’ve no other choice but it’s not easy for any of us and it’s hard to offer reassurances when you can hardly understand what’s happening yourself. In some ways I’m lucky as I don’t know what’s ahead, but Denis has seen it with his father.’

Denis added: ‘I’m very bull-headed, I know from experience how bad things can get. But I’m not afraid.

‘I’m going to face this head-on and get organised as best I can for Michelle and the children.’

Before, Denis would have enjoyed a drink and a chat with friends in the village but none of that is an option now. He also got great enjoyment from keeping a small herd of sucklers which is no longer possible.

He’s still able to enjoy visits to some neighbouring animals which he says is his daily highlight.

Michelle said: ‘We don’t know what the future holds, but we’ll face it together. We know we cannot do this on our own which is why we have set up this fundraiser, any donation, no matter how small will help.’

With the cost of materials currently so high the family feel it could cost around €30,000 to complete the work, and if there are any funds left over, they will go towards Denis’ needs.