CHANCES are, if you’re a swimmer, you have lots of swimming friends too. It makes it very easy come birthday or Christmas time because there’s a range of gifts available these days that any water baby would just love to get their hands on.

Whether you want to spend a few euro on something practical like a set of earplugs or a de-fogging spray, or a little more on, say, a fancy float, or a pair of goggles, or neoprene socks, gloves or a cosy bonnet … there are so many options.

Or, if it’s a bestie or your other half, you can go the whole hog and get them a cosy wetsuit, either basic or thermal, or bunch a load of accessories arranged together into a delightful ‘aqua hamper’ – piled into a colourful swimming tub, with a big bow for added effect.

There’s also the option of an annual subscription to a good swimming magazine … but it’s hard to find a more practical, helpful and easy-to-wrap gift than a book.

Swimming has been the poor relation, in book terms, to hobbies like gardening or cooking or even art, for example.

But now plenty of people have copped on to the huge interest that developed in open water swimming over the pandemic, and the massive thirst for knowledge or even just some leisurely reads, on the subject.

I’m offering below my top seven books which I’ve discovered in recent years, which would be perfect gifts or stocking fillers for any keen swimmer – or even treat yourself, and relax over the holidays with one of these little gems. All of these, apart from number six, are currently available in paperback so they won’t break any wallets.

We would always recommend you buy from your local bookseller and if they are not in stock, try and get to them in plenty of time for gifting, so they can order them in for you.

This is the definitive – though somewhat academic – book on the science behind the attraction of swimming. California-based Nichols is a marine biologist who has studied, at length, the neuroscience behind our love of the sea.

All this, and much, much, more is explored in this fascinating book that explains why, in times of trouble, so many of us want to get into, or even stand close to, water.

To get a little taster of his theories, he has a wonderful Ted Talk available on YouTube. 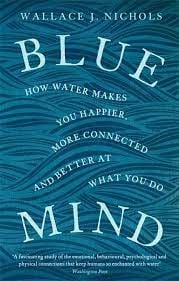 This small hardback book is an ideal gift for anyone who likes to explore new swimming spots around the coast – or inland – and it’s beautifully produced and packed with advice, stories and gorgeous photos.

It’s a lovely idea to have local swimmers in each of the provinces divulging their favourite spots and there’s even a section on seaside saunas – one of the big discoveries of the pandemic.

But with so many well-known swim spots missing from the section on Cork – including Lough Hyne and anywhere south of Schull – one wonders how many more wonderful places are excluded.

We can only hope a second edition adds some more of the wonderful spots in West Cork which make it such a swimmer’s paradise. 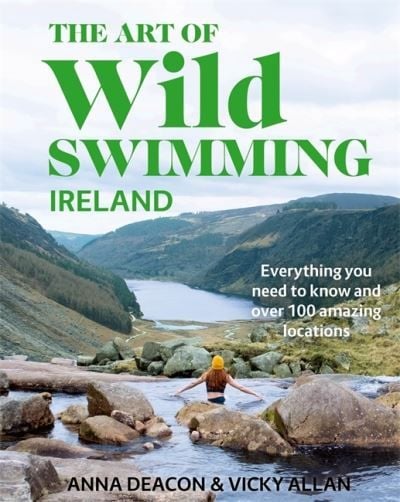 5. Why We Swim by Bonnie Tsui (Penguin)

Exploring our fascination with water, Bonnie Tsui’s addition to swimming literature is the spiritual version of Wallace Nichol's science-based offering.

She explores swimming for survival, well-being, community, competition and flow.

She visits swimmers around the world and tries to understand the pull of the deep sea. She also explains why so many of us take access to clean waters for granted, while for others it’s utter delight when they discover the wonders of fresh water for the first time. 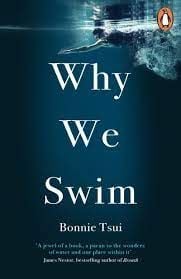 4. Leap In by Alexandra Heminsley (Windmill)

Journalist Alexandra Heminsley made her name with the wonderfully titled Running like a Girl, a best-selling delight for anyone interested in taking up jogging. With this book, she decided to look at the world of amateur swimming.

As she says herself, she ‘thought’ she could swim, but soon realised that getting from one end of the pool to the other, while looking graceful and not being out of breath after five minutes, took a lot more work that she had bargained for.

Her book is insightful, hilarious and touching, and her description of her first encounter with a wetsuit is a joy. Think of it like the Bridget Jones of sea swimming and you kind of get the picture. A lovely book to share with other gal pals, but any newbie will really ‘get’ it. 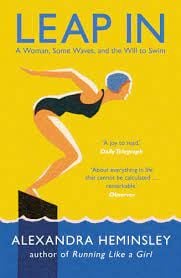 London-based poet and critic Al Alvarez decided to log his daily swims in Hampstead Heath over the course of almost 11 years, in this truly wonderful book.

His swimming diary is a fascinating insight into the changing temperatures and conditions at the north London swim spot, but also charts his own personal struggles throughout.

Each diary entry – and some are just a paragraph in length – starts with the date and water temperature. If you ever wanted written evidence of the mental and physical health benefits of open water swimming, then here it is in stark black and white.

It’s enriching to follow his journey and see his own life reflected in the differing experiences during his daily swims, and also the lives of those he meets at this popular swim spot. 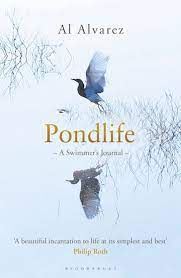 2. Saltwater in the Blood by Easkey Britton

The former competitive surfer, now a marine expert and artist, is also a beautiful writer.

Having been named after a famous surf break off the Sligo coast, it’s hard to imagine that Easkey could have had any other career, other than a sea-related one.

She traces the world’s fascination with saltwater, but it will be of particular interest to Irish readers, as she draws so much inspiration from the land and seascape that she grew up exploring.

It is one of the most beautifully descriptive books on the subject of the sea and how various cultures have worshipped it, revered it, and in some instances, feared it.

She describes the joy of teaching women in Iran the delights of surfing, and she also refers to Wallace Nichols’ research on the subject, as mentioned in number seven above. Highly recommended for anyone who thrives in the water, and wants to understand a little bit more about why that is. 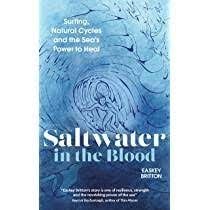 Steve Redmond is well known to any swimmer in West Cork. The first man to finish the Seven Oceans Challenge never fails to have a new challenge in his sights.

There are few books about swimming that are actual page-turners – but this is one. The style of the book is that each chapter is a swim which forms part of his Seven Oceans bid and each takes a will he/won’t he approach to the thrilling attempts at the world’s most difficult sea crossings.

Sometimes he makes it on the first attempt, other times not so. There are the times when his team told him he couldn’t do it, but he doubted them, putting his life in danger, and times when he begged to be taken from the water but the team told him no, keep on going.

It’s a fascinating journey of one man’s determination and the story of the team that knew when to shout stop, or when to refuse to bring him back on the boat.

Redmond is a very gentle, spiritual man, but when it comes to the sea, he is up for the challenge, as his final chapter – his bid to take on the mighty 44km Baltimore to Fastnet Rock and back swim – really proves.

Without a doubt the most engaging swimming book I have read, and the fact that the West Cork coast is a character in itself, makes it all the more compelling. 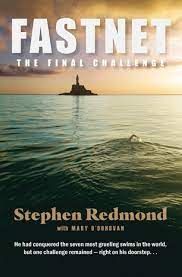