Margaret during the early years of her career. She’s known for singing to the babies in her care and even though they can’t talk, she can read their needs very easily.

The tender love and care from midwife Margaret O’Driscoll has helped countless families who found themselves in CUH’s neo-natal ward. The West Cork woman reflects on her 40-year career ahead of her retirement

There was only one place she didn’t want to work and that was the neo-natal ward, simply because babies aren’t able to tell you what’s wrong with them.

But that’s exactly where West Cork’s Margaret O’Driscoll ended up spending 40 years helping hundreds of babies and their parents throughout her career.

Margaret is retiring shortly, after spending 27 years in the neo-natal unit in the Erinville, and 13 years in CUMH. 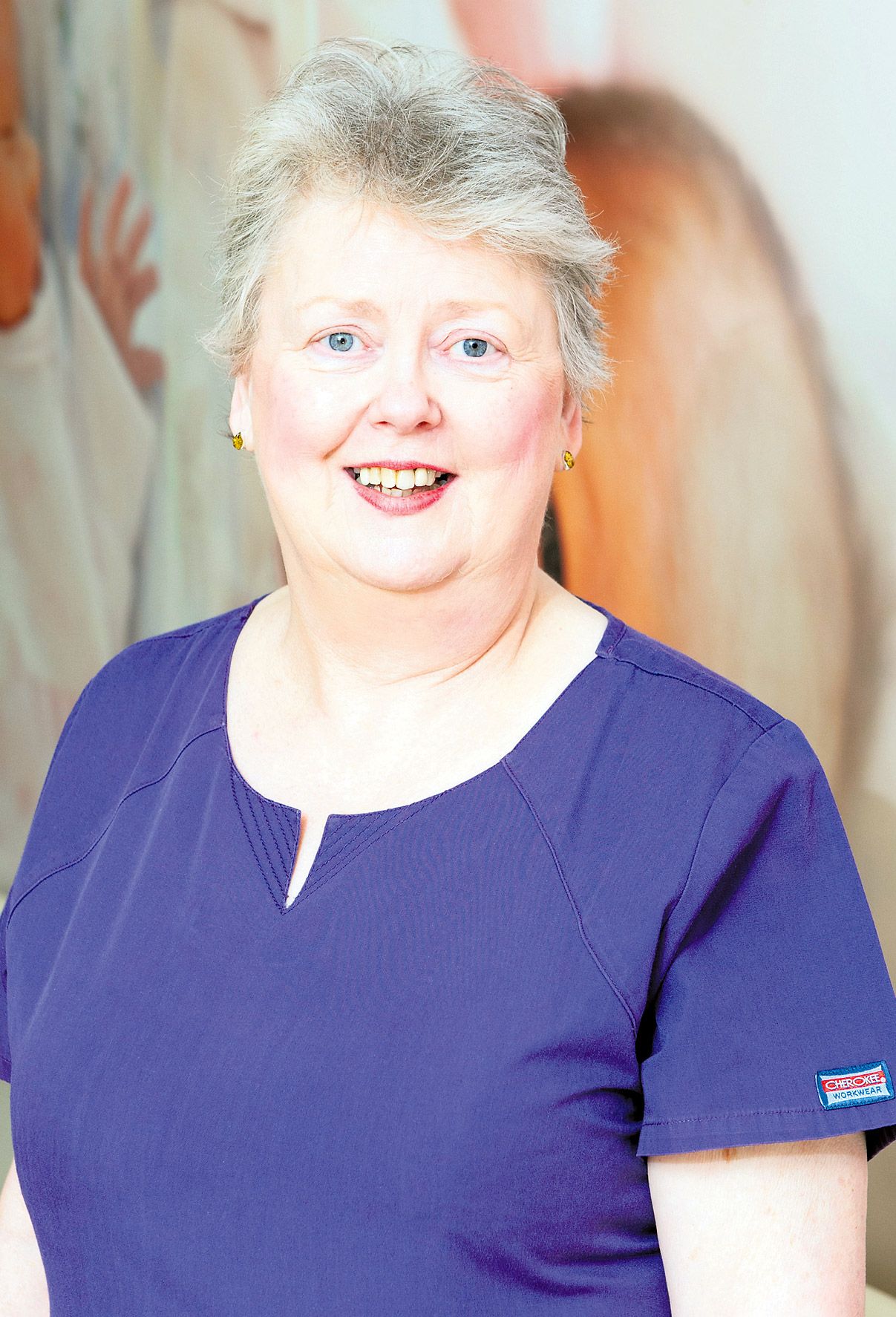 Mention the name Margaret O’Driscoll and you’ll get an outpouring of praise, love and affection for the midwife who has touched many over her 40-year career.

She began her career in what is now Waterford University Hospital back in 1975, before training as a mid-wife in a hospital near Scotland and returning to her native Cork to embark on her career proper.

‘Initially I didn’t want to work with babies at all – I felt that at least adults could tell you what’s wrong. But you learn very quickly that babies can too, in their subtle, or not so subtle ways!

‘They really do have lots of little ways to show us what they like and don’t like. They’re well able to scream when they have a wet nappy or an empty belly.’

After an initial year or two Margaret found her stride, and quickly realised that she never wanted to leave neo-natal and grew to really adore her  job.

A mother-of-five, ranging in ages from 36 to 27 (four of whom she had in four and a half years!), Margaret lives in Kilbrittain, and is married to Willie, a farmer.

After her third child, the option to job share became available, which she availed of.

‘I used to work nights which meant that you’d do one week on, and have three weeks off. It was hard, but I had a most fantastic mother- in-law and I really couldn’t have kept up the job without her,’ said Margaret.

The immense job satisfaction, despite the exhaustion, motivated her to always go that extra mile for the babies in her care.

That sees her routinely give her phone number to parents when their babies are being discharged, and even offering to babysit for them on days off.

But in her typically modest way, she says: ‘It’s just what I’d hope someone would do for one of my own.

‘And I’m a great believer in what goes around, comes around.’

One couple were so grateful to her for minding their boy while they attended a wedding that they nominated Margaret for a Little Big Things award Skibbereen and Bandon Credit Union and, not surprisingly, she was successful.

Margaret, naturally, admits that some days are harder than others in the unit that can cater for 55 babies at its busiest, but which more usually treats around 37.

‘We are literally going non-stop. We might have 10 babies going home one day, and we’d welcome in another seven or eight. But that’s our job,’ says Margaret.

Not every story has a happy ending, though.

‘But the positives far outweigh the negatives. You see traumatic situations bringing out the best in people and the tiny babies are so brilliant. They struggle to survive and they mainly do survive.

‘Parents are naturally so distracted when they meet us here, it’s generally the last place they expect to be, and it’s a place they usually never even knew existed, so we have to look after them as well as the babies.’

That’s been the case even more so since Covid when just one parent at a time can be with a baby.

Not surprisingly, she says you can become attached to some babies given the duration of their stay.

They had one baby who was born in a November, and who didn’t go home until June.

‘We became part of their family, and vice versa. Lots of parents are great to keep in touch and we love to see how the babies are progressing as it makes our bad days more bearable.

‘My phone is jam packed with pictures of all my babies!’ she said.

Since Margaret embarked on her career, technology has come on in leaps and bounds.

‘I rarely get excited, except perhaps if we had a baby as young as 23 weeks, because the technology is there to bring them along,’ she said.

Two years ago Margaret faced her own health challenge when she was diagnosed with breast cancer, which she describes as a ‘really frightening time.’

The lump in her breast was only detected when she went for a routine mammogram.

‘I hadn’t felt anything myself – I was feeling fine. Then when the lump was found to be cancerous, I was really nervous.’

Margaret underwent radiotherapy and was off work for a period for six months.

‘My consultant said that I’d never have found that lump myself. Someone must have been praying for me,’ she said, urging all women to attend their routine mammograms.

Margaret’s illness has played a role in her decision to retire.

‘My eldest daughter said to me that maybe it was time to go.

‘And after my radiotherapy I have found myself more tired at the end of a shift,’ she said. Working 12-hour shifts, and 36 hours a week it’s certainly a demanding role for anyone.

She’ll be far from idle during her retirement, though, as she’s also an accomplished seamstress.

At one point in her career, on her days off she worked with a bridal boutique altering wedding gowns.

‘I remember I altered 50 gowns in one year. I also make bridesmaids and debs dresses and stuff for myself. There’s something very satisfying about putting fabric on a table and turning it into something. It’s my passion.’

As she reflects on her career, she says with confidence that if she had her time back, she wouldn’t change a thing.

‘Nursing is very different now compared to when I started. It’s very hard work, you’d really want to love what you do.

‘But I’m lucky as I can honestly say there was never a day I didn’t want to come to work.’