ONE of the great gifts you inherit by being born on this strange, windswept island, is the ability to hold two contradictory opinions in your head at any one time. If there was an Olympics in double-think, we’d surely be gold medalists.

Maybe there’s a post-colonial element to it? Nodding kindly at the landlord while simultaneously wishing him dead under your breath.

This week, I am certainly holding two completely contradictory opinions in my head about the new lifting of restrictions across pubs and music venues.

On the one hand, I agree that it’s high time we let musicians, comedians and bar staff back to work and to give our youngsters a chance to let their collective hair down again. They’ve waited long enough.

Footage of huge queues outside the infamous Copper Face Jacks in Dublin last week proved just how desperate our young cohorts are to return to some semblance of normality. And believe me, nothing screams desperation more than queuing in the cold to get into Coppers.

Some of the revellers, as we always refer to them in the media for some reason, were clearly experiencing a night club for the very first time. They were even struggling to acclimatise to wearing high heels, the poor dotes, as they stumbled along Harcourt Street like new-born foals. The whole street scene conveyed post-war levels of excitement – there was an electric giddiness in the air, enough fake tan to paint Saint Patrick’s Cathedral and you could almost smell the Lynx Africa through the telly. It was delightful to see them out and about again.

On the other hand, I also hold the opinion that the government is absolutely nuts to be opening nightclubs and late bars again, with the health service already creaking, Covid numbers rising at an alarming rate and a disaster on the scale of last January looming like Michael Myers in the middle distance.

So, given that I hold these two opinions, I can completely understand why the government is bending over backwards trying to please everyone.

The danger, of course, is that in doing this you end up pleasing nobody. So now we’ve ended up with an ever-changing cocktail of new rules which, for the life of me, I can’t follow.

One day officials are telling us we’ll need a ticket to go to a late bar. The next they’re saying tickets will only be required for clubs and bars that allow dancing. Are you still allowed to tap your feet under a table in a regular bar, I wonder? And what about drunk uncles with a tendency to break into the Macarena on their way back from the toilet? Will they need to send out dance inspectors like the priests of old, to prise people apart with a metre stick?

Whatever about the rules, I can’t understand why health officials seem to be immune to the idea of using widespread rapid antigen testing, as they are doing in the UK. I understand there are issues with false positives and false negatives but surely they are a useful tool if we are to truly learn to live with this virus? 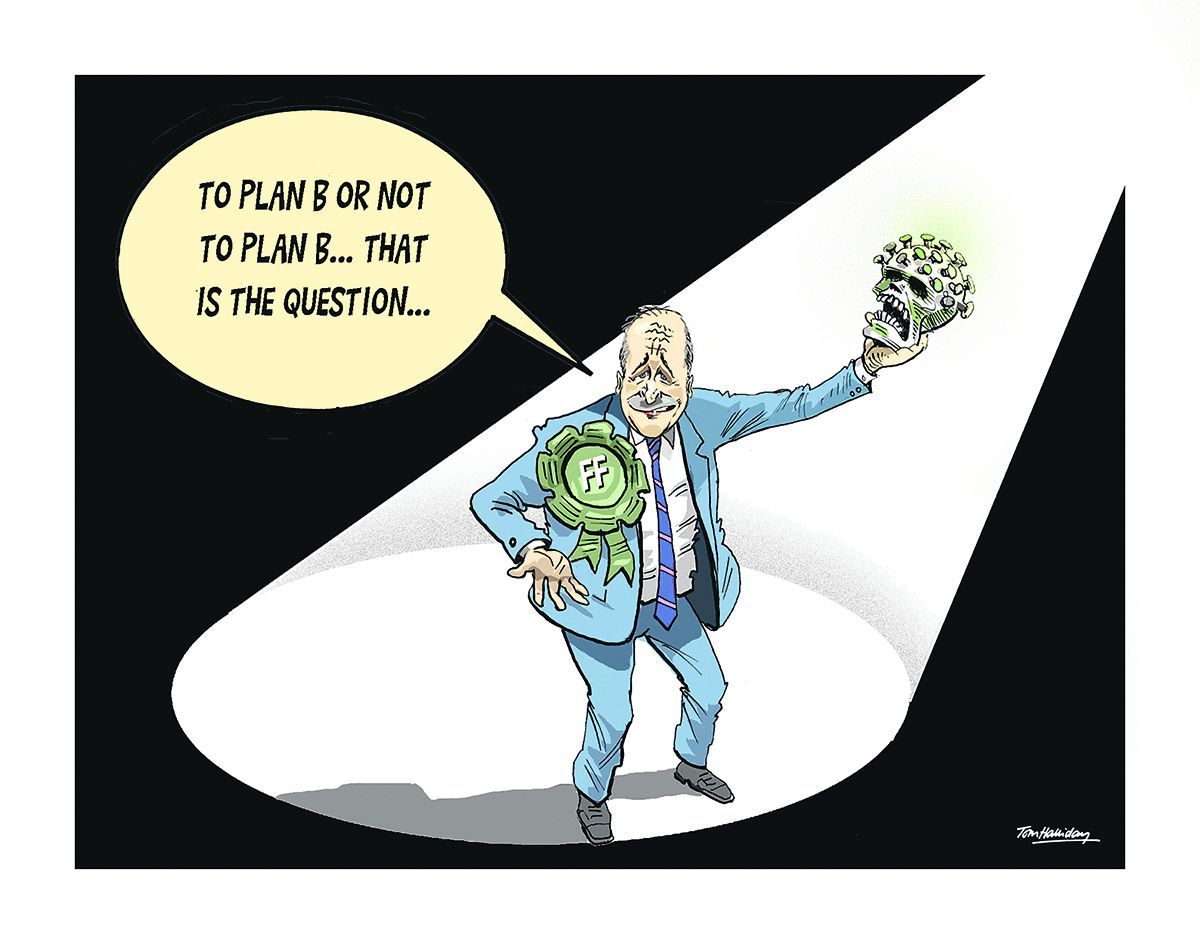 It’s great to be back in West Cork for the midterm break and for the spooky season. And it’s great to see that kids are taking Hallowe’en just as seriously as we did when I was growing up. Back in my day (takes a long puff of his pipe) we’d roam the roads and backroads around Ardfield, happily going from door to door and filling our backs full of the best 1980’s swag - Refresher bars by the truckload, toffee apples, torrents of Deasy’s coke.

The roads are too dangerous these days though, so I notice the kids are being driven from house to house by their parents instead. It’s a bit sad that cars have come to dominate our lives to such an extent isn’t it? There was nothing like the freedom of heading out into the dark night, the moon lighting your way from house to house.

At the same time, I notice there’s never been so much for kids to do.

The playground in Ardfield is bedecked with pumpkins and scarecrows and local townlands have been renamed for the week as part of the inaugural Boofest. Mountain Common has been renamed Monster Common! My city slicker kids are immersing themselves in it and will head back to Dublin with local ghost stories to regale their school friends.

Hats off to all the organisers - what a lovely way for people to come together after the rough few years we’ve had.

Ed’s nod to The Chieftains

There was a lovely video doing the rounds this week, featuring Ed Sheeran talking to Jools Holland about his first musical memories.

We already know about Ed’s local link to Schull, but I was surprised to hear his very first musical memories were of Planxty and The Chieftains, a lovely nod to his roots, especially in the wake of Paddy Moloney’s sad passing. I’m often shocked about how little some Irish people know about their own traditional music and I am allergic to the derogatory term ‘diddley-eye.’ It should be banned.

Anyway, it’s great to hear Ed spreading the word.  And if you haven’t treated yourself already - Planxty and The Bothy Band are a great place to start!