The couple were married in 2018 and Eoghan described Helen as a ‘warm, welcoming and giving person.’

Eoghan O’Leary married the love of his life in 2018, and tragically less than eight months later she was diagnosed with breast cancer. She died in August 2020, and now Eoghan plans to cycle the length of the country to raise money for cancer charities and to remember his beloved Helen.

A West Cork man is planning to cycle the length of the country to raise money for charity in memory of his wife who was diagnosed with breast cancer eight months after they got married.

Eoghan O’Leary, who grew up in Bantry, is taking on the Malin to Mizen challenge spurred on by the strength of his late wife Helen Guinane, who lost her battle with the disease aged just 32.

The couple, who met while studying in UCC in 2006, were inseparable from the get-go and were married in 2018.

Eight months later, just before Christmas, Helen discovered a lump in her breast. She went to her GP, but just a short time later it was evident she wasn’t at all well.

‘We spent a few days apart that Christmas. I went home to West Cork, and Helen went to her family in Clare. I remember when I collected her from the train station in Cork that it was already very clear something wasn’t right,’ said Eoghan.

Their worst fears were soon realised when on return to Dublin, where they lived, Helen was diagnosed with stage IV metastatic breast cancer in early January 2019 at the age of 30.

‘When the consultant dropped the bombshell it was all just a blur really,’ said Eoghan (34).

‘We were just doing our best to make sense of it initially, even going back in the next day for the treatment plan, we felt we could get a handle on it. Then we were told it was metastatic (advanced) and the legs were just taken from under us.’ 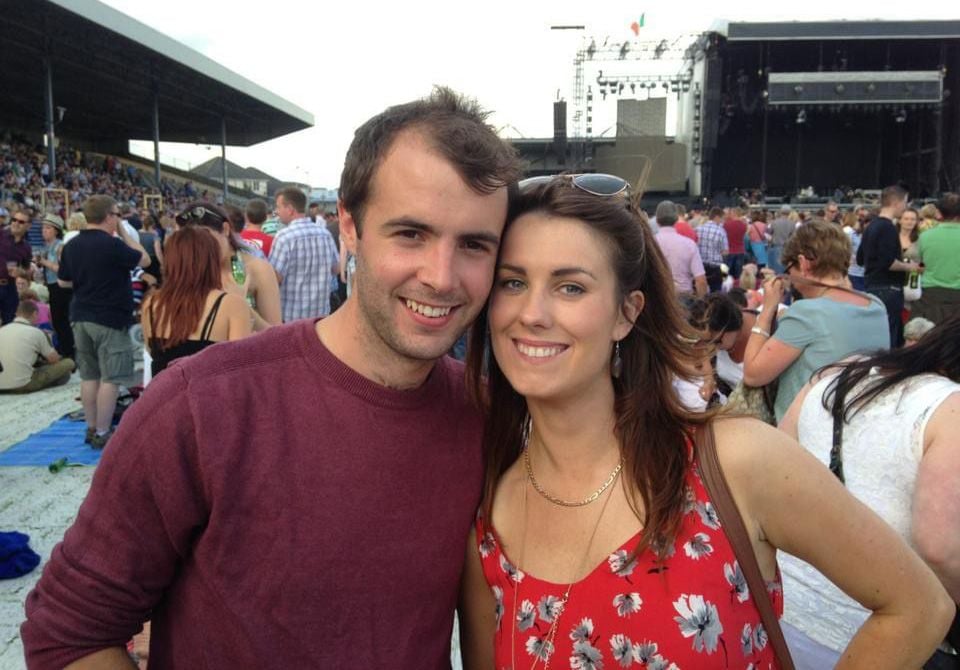 The pair, who met in UCC, at a Bruce Springsteen concert in Nowlan Park in 2013.

‘It’s a cliché, but looking back it was all a blur,’ said Eoghan.

Helen left her job in the Central Bank, and the couple went into auto-pilot with their whole world revolving around cancer and appointments.

Helen embarked on a course of chemotherapy to control the disease, as well as taking a tablet drug. Both showed signs of limiting the spread of the disease initially but the odds were stacked against her.

Eoghan describes Helen as extremely intelligent, which in some ways worked against her in her illness.

‘There was no fooling her, she could see right through anyone who wasn’t giving it to her straight up. But she never gave up hope either and wanted her treatment to continue.’

She was also very practical and spent lots of time researching her options, making dietary changes, and doing everything to give herself every chance.

‘But she was never really given a fair chance,’ said Eoghan.

The pandemic added a layer of difficulty for the couple, as she had to face two treatments on her own in the Mater. Eoghan remembers that dropping her off on those occasions was very difficult.

Helen lost her battle with cancer and died at home in August 2020 aged 32.

‘It was difficult towards the end, she was in a lot of pain, and she started slipping away from us. I remember her asking me not long before “Am I dying?”. It was tough.’

After Helen’s passing Eoghan took a career break from his actuarial role in KPMG. His parents had moved from Bantry to Kerry and he spent time there. He’s just recently  returned to work, but Helen is never far from his mind.

‘Some days are ok, and then it might just hit you. At my age I never thought about cancer and I suppose that was naive of me. It was something that didn’t register with me at all.’

It was friends of Helen’s who suggested the 650km cycle this July in her memory.

‘There’s a group of around 14 of us so far who plan on doing the whole route including my brother Killian and friend Tadhg O’Leary from Dunmanway. Helen’s brother is joining us and we have friends of Helen’s who can’t make it home who are doing cycles in Australia and Canada for the last day too. There are others then who’ll join along the way. We’re a mixed group – some don’t even own a bike yet!’ 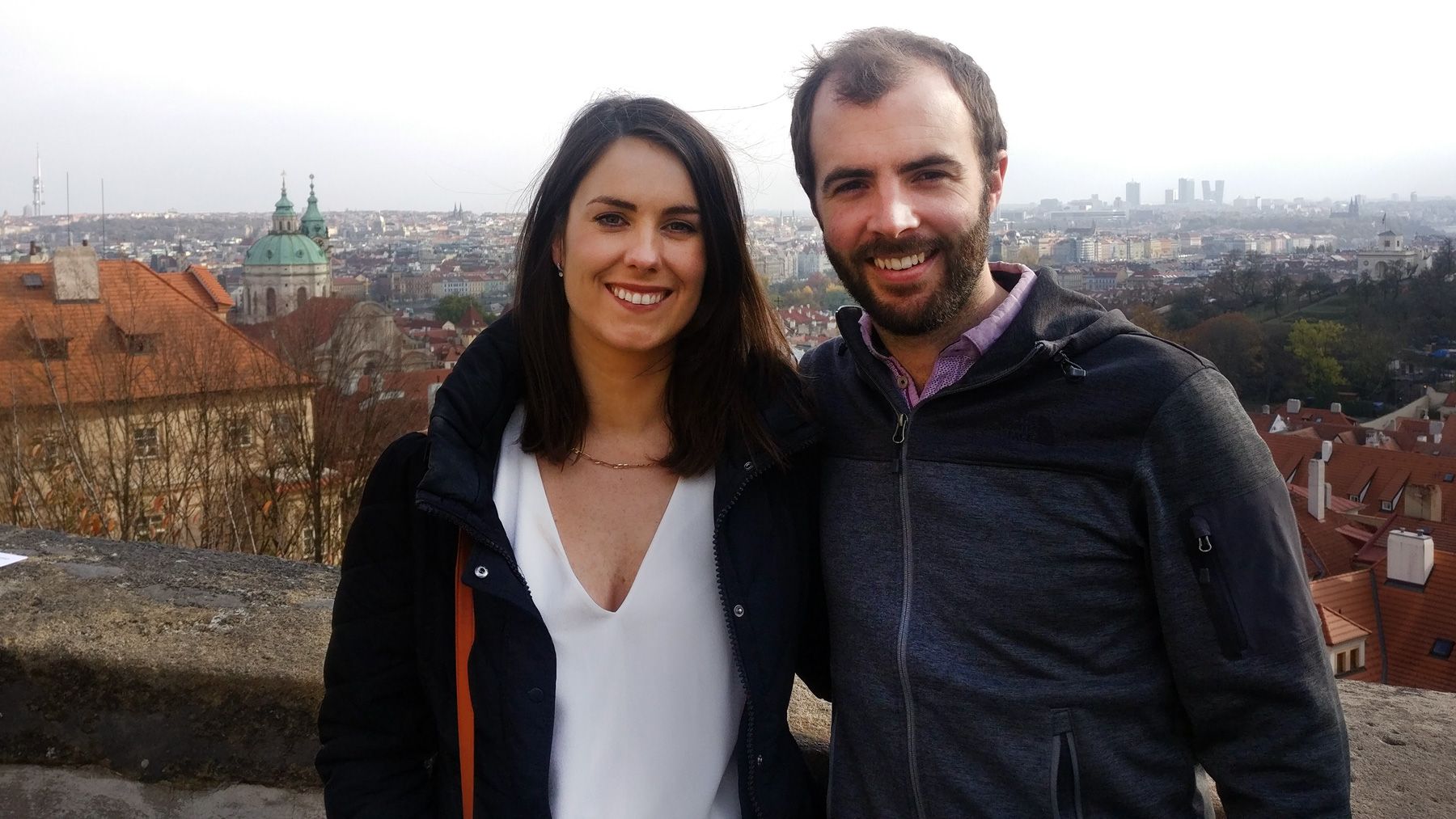 They have set a target of €25,000 and will donate 50% to METavivor whose sole focus is in the area of metastatic breast cancer.

Their second charity is Breakthrough Cancer Research (BCR) (25%) who are based in Cork and carry out vital work in the field of cancer research. The charity has strong West Cork ties as it funds Cork Cancer Research Centre which was set up by the late Prof Gerry O’Sullivan from Caheragh. His daughter Orla Dolan now runs BCR.

The final charity is St Francis Hospice (25%) in Dublin.  ‘Most people are aware of the services provided by hospices but until you are in the horrible situation of needing this care you cannot fully understand how important they are,’ said Eoghan.

Asked to describe Helen, Eoghan said: ‘She was as good a person as you could ever imagine. She captained her local camogie team, she volunteered for St Vincent de Paul, played the piano in her church choir. She had time for everyone, there was always a welcome and tea for anyone who called, even when she was sick. She was such a warm, welcoming and giving person. You’d have to go a very long way to find someone to say a bad word about Helen.’