Jim O'Donnell on top of the world in Mayo.

TO climb the seven highest mountains in England, Ireland, Scotland and Wales in seven days was the challenge that Courtmacsherry’s Jim O’Donnell set himself.

Jim is from an Irish family that lived in Oxford, but he and his family repatriated to West Cork in 2013.

The family can claim a genuine connection to the community on account of Jim’s volunteerism with Courtmacsherry RNLI, while his wife Barbara is an active member of Seven Heads Coast Guard unit.

‘When I lived in the UK, I always fancied doing the three peak challenge – climbing Snowdon in Wales, Scarfell Pike in England, and Ben Nevis in Scotland, within 24 hours,’ said Jim.

Not long after he moved to Ireland, he became equally intrigued by Ireland’s four peak challenge – the highest peak in each of the four provinces. 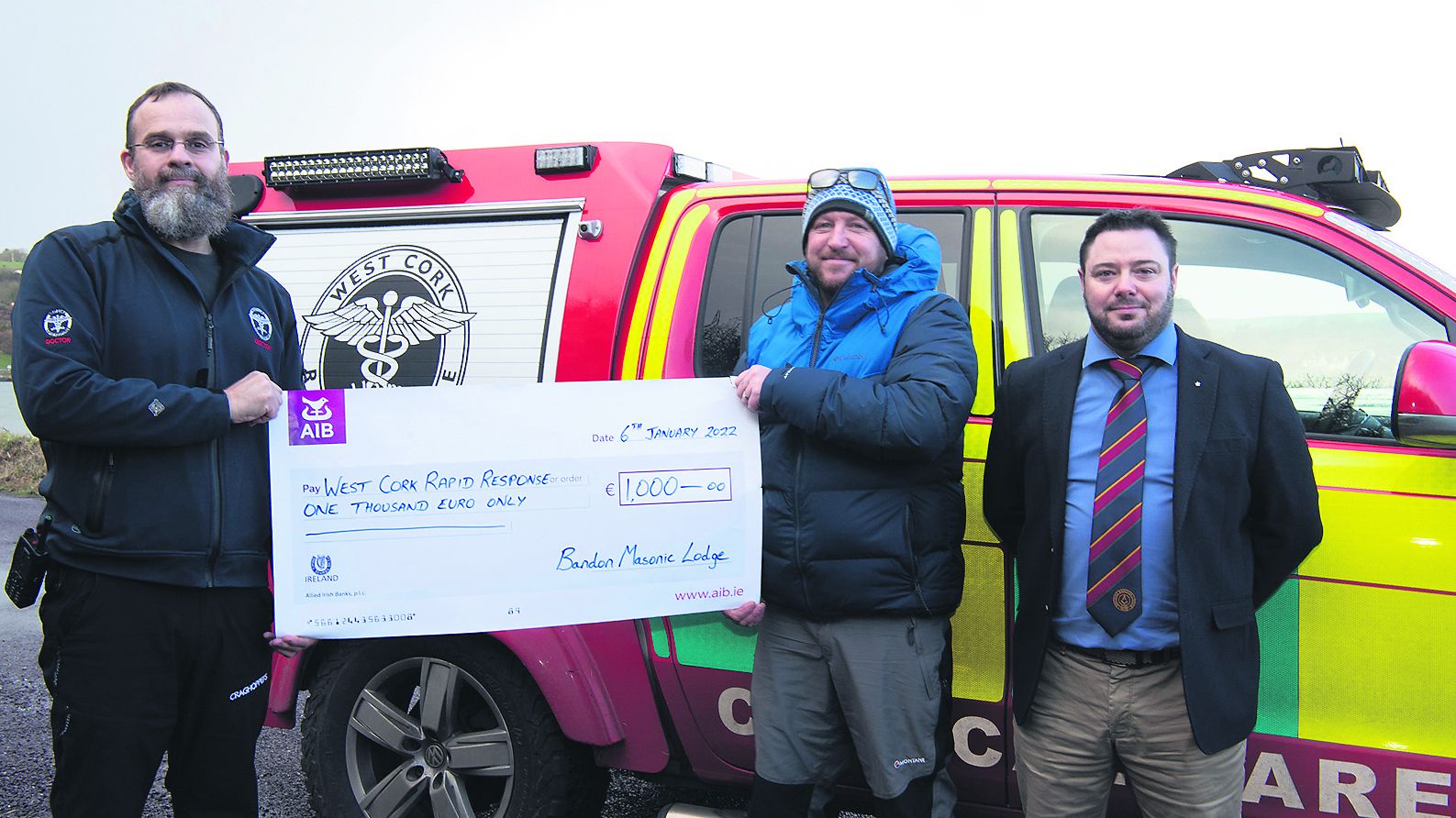 It was during the first lockdown in 2020, that Jim started to reflect on life. ‘I thought of all the things I could have and should have done and it wasn’t long before I was thinking about my charitable commitments, or rather lack of them due to Covid-19,’ said Jim who is a Freemason and a member of the Bandon Masonic Lodge.

‘When you live in smaller communities you realise how important it is that each person plays their part. Obviously, as a Freemason, a huge part of our work is raising money, but all of the lodges have been closed for two years, so I began to focus on what I could do after lockdown.

‘The idea came to me to attempt all seven peaks – the three in the UK and the four Irish – for charities that rely entirely on volunteers, namely West Cork Rapid Response, the West Cork Animal Welfare Group, and Courtmacsherry RNLI.

He began his challenge on September 2nd 2021 when he drove to Wales and at 3.45am the following day he set off to climb Snowdon.

‘It was straight up and straight back down in just over five hours. Then I drove to the Lake District ready to tackle my next peak – Scarfell Pike - the following morning.

‘I set off in the early hours and I would love to say that this climb was also uneventful but my headlamp failed in poor visibility and I got lost several times before I finally made the summit of England’s highest peak.

When he got back on level ground he made the long journey from the English Lakes to the Scottish Highlands, where he met a lodge brother John Bennie. 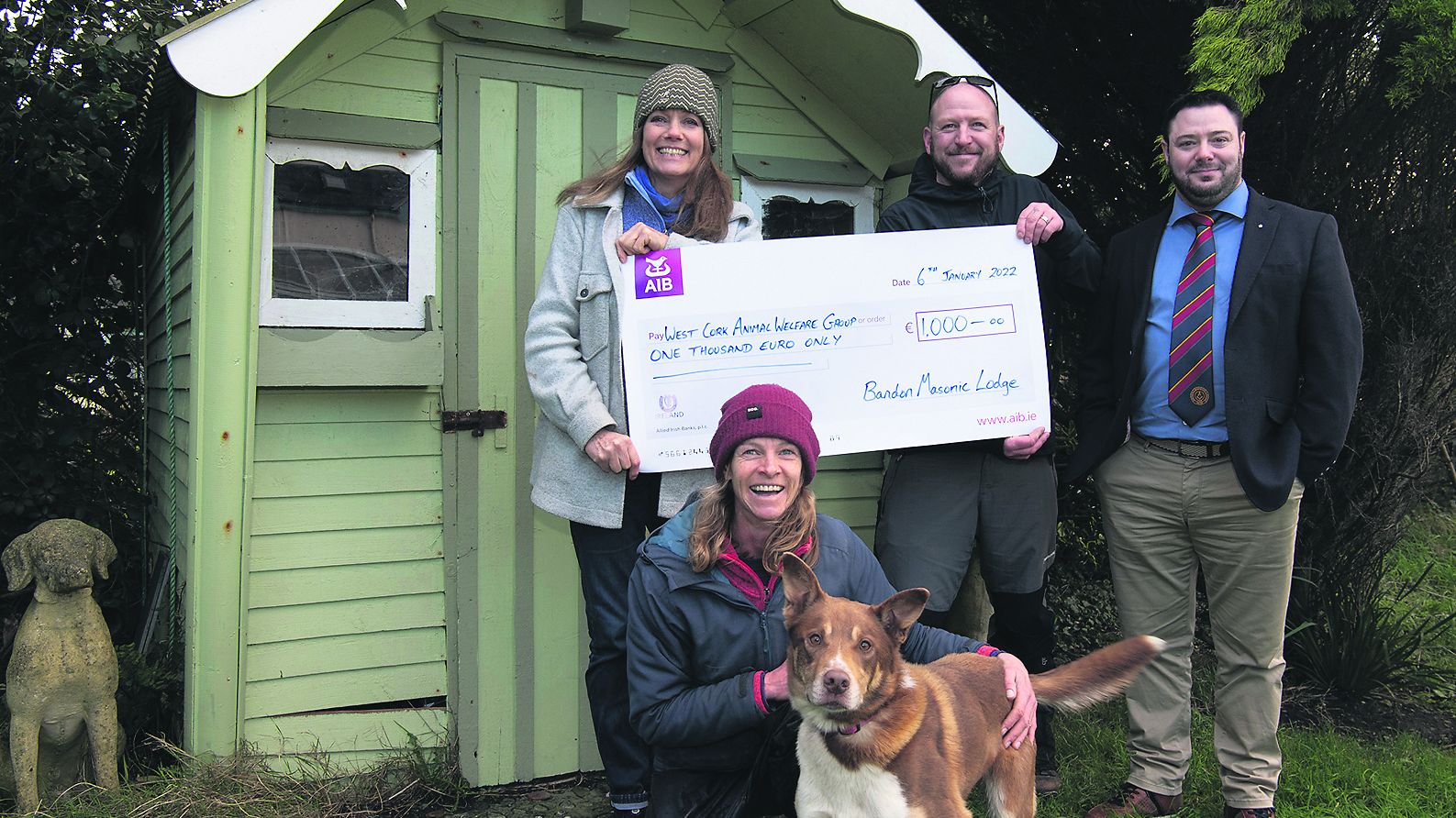 On September 5th, he set out with another brother, John, and his friend Paul Wilson, to climb UK’s highest peak, the mighty Ben Nevis, which took just under eight hours.

‘Before parting company, we traded clan produce (Irish Barry’s Tea and Scottish Iron Bru!),’ said Jim who admits that climbing Ben Nevis was ‘a huge goal ticked off my own personal wish list.’

After taking the overnight ferry from Cairnryan to Belfast, on which he grabbed a few hours’ sleep, Jim started Slieve Donard early on the morning of the sixth.

‘Slieve Donard was not the biggest mountain on my challenge but it certainly was the most beautiful,’ said Jim.

Jim tackled Mweelrea in County Mayo on September 7th, starting from Silver Strand. At 814m, it is small but with cold conditions and poor visibility Jim said it proved to be one of the hardest mountain walks ever.

The next day, he climbed Lugnaquilla in Wicklow, accompanied by a good friend, Mick Kilkelly.

‘Lugnaquilla’s gradient is more forgiving than the five previous peaks, offering some much needed respite before my final accent,’ he said.

‘Until this point, the weather had been quite kind to me however in the morning we awoke to flooding, persistent rain, low cloud and zero visibility,’ said Jim.

Soaked through, exhausted and fatigued, Jim finally reached the summit of Ireland’s highest at 7.16am on September 9th having completed his objective.

Jim even clocked the driving distances. He travelled a total of 1,779 miles on the road, which equated to 41 hours of driving.

Jim says there are two morals to his story namely, ‘Life is short and you should do what you love and love what you do.’

The second, he says, is ‘one should never forget the less fortunate because all charities depend on the generosity of others.’