I feel like I’ve a lot in common with Gollum these days and will need plenty of notice before I can rejoin society.

It’s week four of working from home and Emma Connolly is starting to feel like Gollum. The four-year-old’s attitude has taken a serious nosedive and I’ve a newfound respect for Miriam

- KNOW the one that’s one to many. That’s this week’s unasked-for advice which can be applied to fans of Smniroff Ice, and those who have turned sending WhatsApp messages into a fulltime job. And a word of caution: take it handy when you’re flitting between groups. I sent the wrong message to the wrong person this week. It could have been a lot worse but my blood did run cold for a split second.

- It’s even getting to the four-year-old at this stage. She set the tone for the day when the first words she uttered the other morning were: ‘Don’t
look at me even once today.’ The next day, though, she declared: ‘I love you more than Frubes.’ To the unfamiliar, they’re a frozen yogurt pop thing that are the only currency to getting things done here these days. You, with the judgey ‘my kid only eats kale for snacks’ face, can jog on. 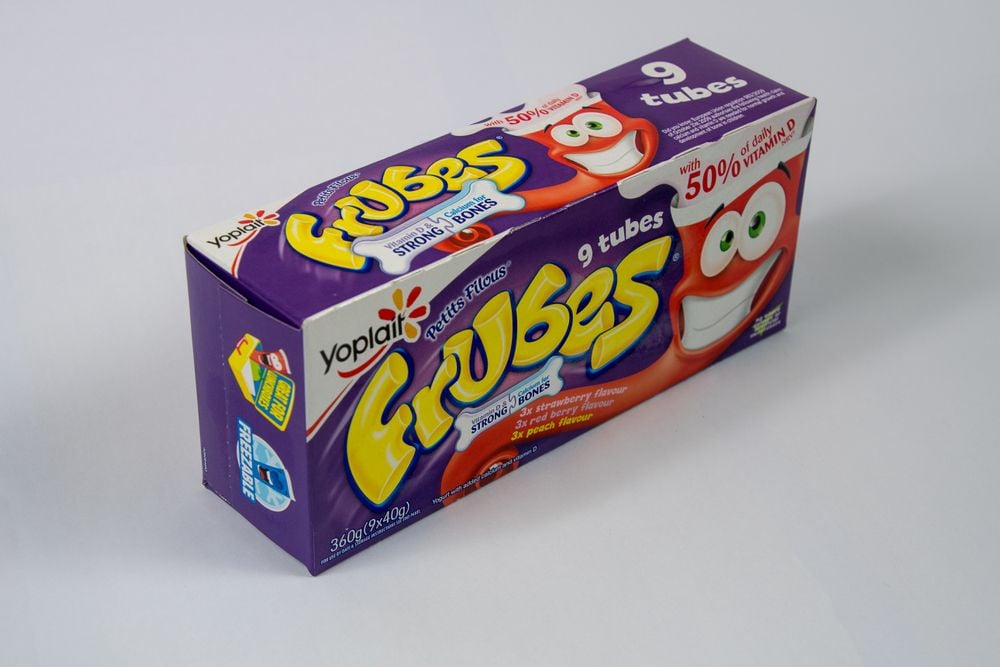 - It occurred to me that lots of people are having to take out the hoover and duster for the first time in years as cleaners obviously can’t come. I have
to admit, that it’s making me smile in a sort of a bitchy way (as I wipe up crumbs for the nine millionth time on any given day).

- We had a nits scare. To be honest, once the initial shock was over, it was something to keep us busy for a while. Turns out it was a false alarm, but we’re all still scratching. A lot. 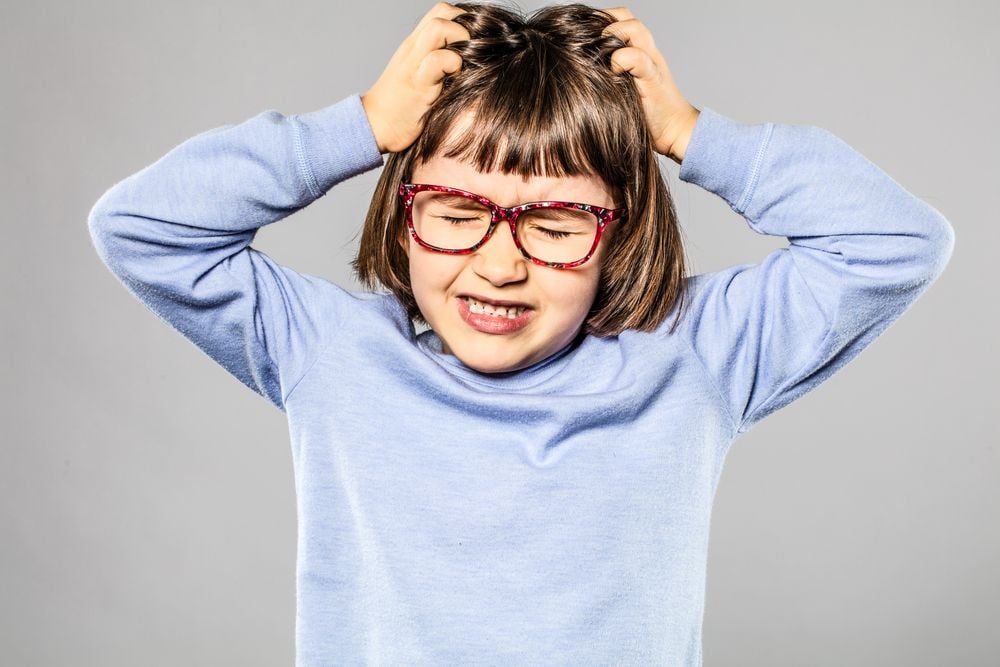 - Even the dogs are getting fed up with us at this stage. I can see it in their eyes as we pat their heads in a very needy ‘don’t ever leave me’ way. They want us out so they can do whatever it is they do, when we’re not around.

- When little people call your name a million times a day, all you crave is silence. Then when there’s silence you worry if someone has knocked
themselves out. Quandry – do you interrupt the glorious peace to see what’s going on, or let well enough alone? What’s wrong with you? Let well enough alone of course.

- Turns out I don’t have a book in me after all. It wasn’t the lack of time that was holding me back all these years. I did manage a chapter or two, but by then I’d written myself into a corner so tight that the only way out was the ‘it was all a dream' line. A bit like Bobby in Dallas, or that time when you made a mess of your Leaving Cert Irish essay and realised, with two minutes to spare, you completely misunderstood the title and had to throw in that classic line ‘ní raibh ann ach brionghloid.’ PS I feel bad now for dissing Cecelia Ahern all those times. Not as easy as it looks.

- I’m kind of starting to panic that we’ll be back to normal and I still won’t have sorted out my wardrobe. The first thing that falls out every time I open it is a Pepe polkadot boob tube from around 20 years ago. To be honest on these dark days, it makes me quite proud that at some point in my life I thought it was ok to wear this in public (and I’ve a photo to prove it).

- In a moment of extreme meanness I hid my husband’s slippers because the shuffling noises they make were filling me with the most insane rage. (If you’re reading, they’re under the sink in the utility room. But if you love me, or if you loved me before all this started, you won’t wear them.)

- I did a lot of digging this week, clearing some long neglected raised beds. I’ve no immediate plans for them but it was immensely satisfying to pick stones and weeds. I’m a simple creature at heart.

- I’m extremely grateful for a job … but good god, I’d love to take to the bed for a few days. Wouldn’t that be grand?

- I chopped off a nice chunk of my baby finger at the start of the year while cutting carrots in a slightly frantic way. Ironically, I was on a mission
of mercy to help my flu-ridden sister, who ended up having to deal with a blood bath and traumatised kids. So I vowed that in 2020 I’d take things slower. Do you think the universe was listening and this is all my fault? Is the isolation making anyone a little paranoid? Hello?

- If anyone wants to see what having a glass of wine every night for medicinal purposes will do to your skin, just Facetime me. Remember that Momo challenge? It’s scarier than that. Just warning you. 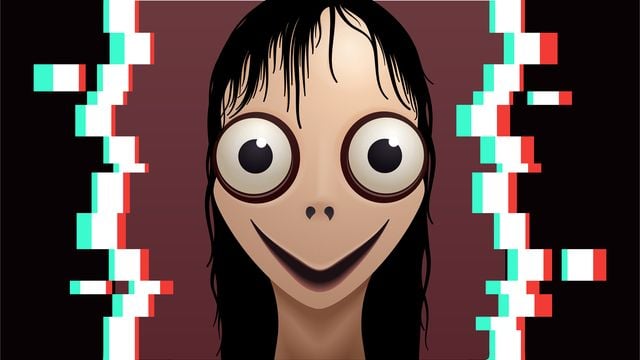 - I think Miriam O’Callaghan deserves a national round of applause for her stamina, her new found stoicism, and for not retreating into her garden
shed. She’s made of strong stuff. I’ve a new found respect for this lady even if her choice of blazers is somewhat questionable. Gen-uinely, Mario, time to back off and get a new target! 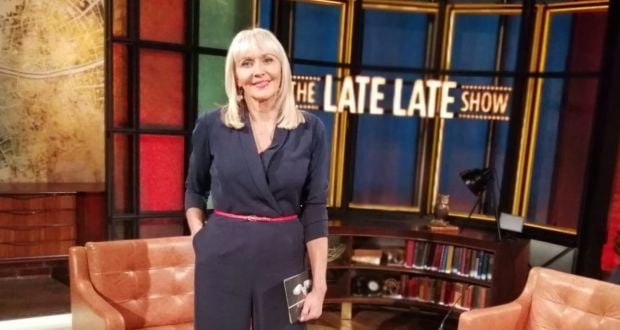 - The only thing at the moment that’s giving me a tiny time-out is if I tell the four-year-old I’m going for a poo. The very thought of it absolutely disgusts her and she runs a mile. Fortunately she doesn’t see anything strange with me having up to 20 poos (alone) a day. The only draw back is that I don’t have any wifi in my loo.

- The only thing at the moment that’s giving me a tiny time-out is if I tell the four-year-old I’m going for a poo. The very thought of it absolutely disgusts her and she runs a mile. Fortunately she doesn’t see anything strange with me having up to 20 poos (alone) a day. The only draw back is that I don’t have any wifi in my loo.

- I currently feel a bit like Gollum from Lord of The Rings, lurking about in the shadows (Don’t look at me!) and am wondering if there’ll be
some kind of reintegration programme on offer after all this? Or at least some kind of a countdown to gently wean us off three breakfasts a day, reintroduce us to denim, the art of making normal conversation, that kind of thing?

- I can’t quite decide what I’ll do when this is all over. Eat a Big Mac in the hairdressers, while hugging the person next to me? Although I might just encourage the rest of my family to go out, so I can spend some time home – alone.