When Eimear first saw her book in a shop she felt a sense of loss that Ciara wasn’t there to share the moment with her. Her fifth anniversary was earlier this month, and while every year it gets a little bit easier she still finds it hard to say her daughter’s name.

After the sudden death of her only daughter following a Kodaline concert, Eimear Lawlor was so grief-stricken she felt she’d never write again. But encouraged by her memory, her first book is now on shelves

A WOMAN whose late daughter encouraged her to write, has just seen her first novel, with strong West Cork ties, hit book shelves.

It was Ciara who had encouraged her mother to start writing in the first place, but after her sudden death, Eimear was so grief-stricken she couldn’t even put together a sentence.

Gradually, and as a release from the pain that at times made her think she was going mad, she returned to writing and the result is her historical novel ‘Dublin’s Girl’ which features Michael Collins.

The Kilkenny woman says she was always a reader, but had never considered herself a writer.

‘But in 2012 I started a creative writing course after Ciara, who was 12 at the time, saying to me that I should do something “other than drinking coffee with friends at home.” I still remember that distinctly!’ she said.  While on the course she fell in love with writing and was inspired to write a short story about her great aunt’s Bureau of Military History statement. Vera McDonnell worked for SF in Dublin in 1917. She worked with Michael Collins and Éamon De Valera who she continued to work for after the Civil War as his private secretary.

‘She had an amazing life and after the course I thought she would make a really interesting story. I changed her name to Veronica McDermott, it started growing legs, and evolved from there,’ she said. 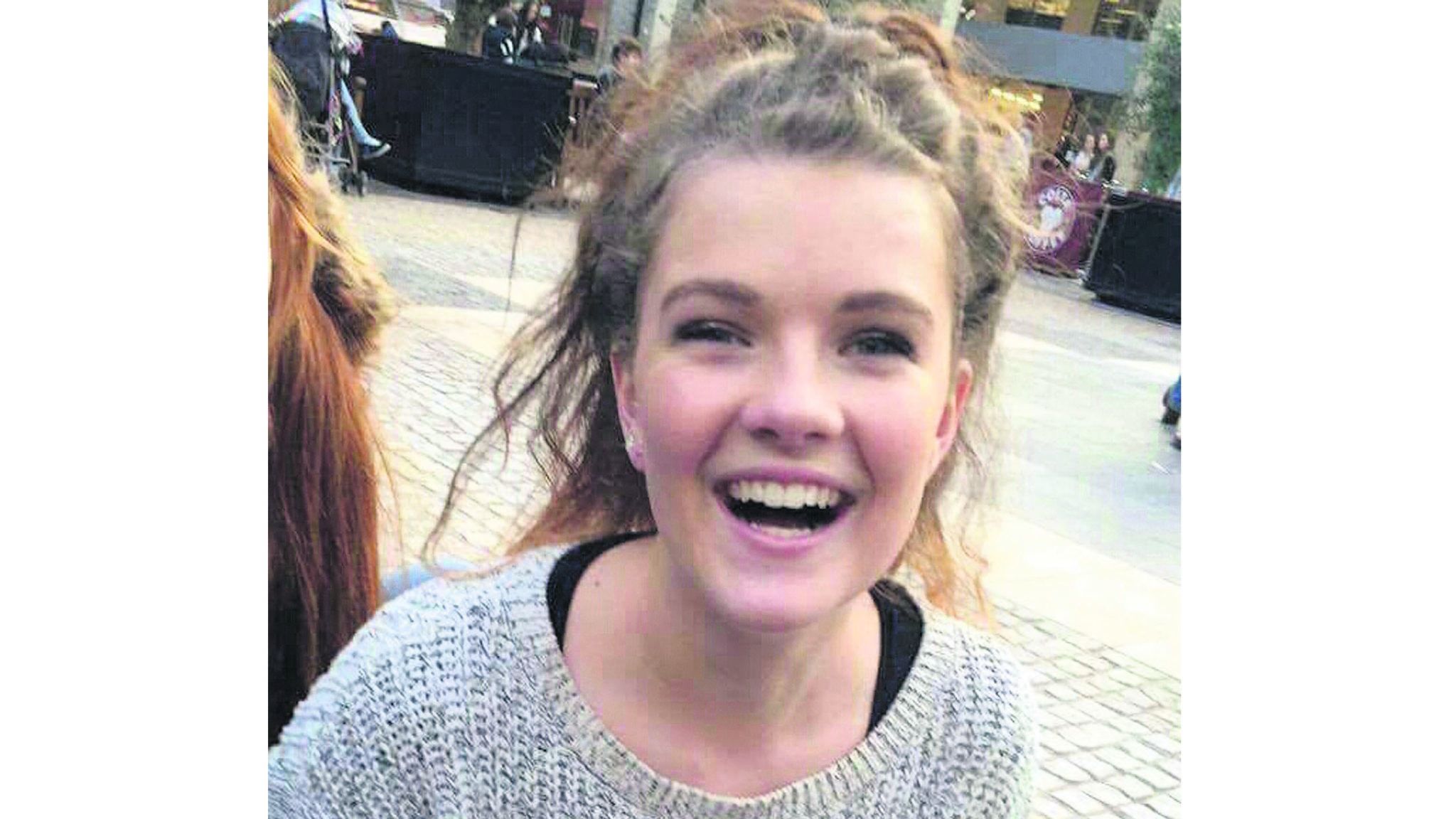 Ciara never gave her mum an ounce of bother. Eimear said they had a wonderful relationship, and a great bond.

The bones of the book were written when Eimear and husband John’s lives changed forever.

A late night phone call came to say their middle child Ciara had collapsed at a concert. There was a frantic dash to Tallaght hospital, where their worst fears were realised. Ciara’s cause of death was later given as acute cardiac arrhythmia due to an underlying heart defect.

‘Grief does really horrible things to your brain. I couldn’t write, I couldn’t even think for a long time after that. I couldn’t focus, I couldn’t do anything at all, and at times I thought I might be going mad,’ admitted Eimear.

‘I couldn’t even read a single sentence not to mind write. I went for grief counselling, I just wanted someone to take my pain away, without realising that I’d have to deal with it myself. But the counsellor asked me what I did for a hobby and I said writing, and she said to try it.’

She wasn’t ready to go back to the book, so Eimear wrote a ‘Dear Ciara’ style diary which was her way of ‘writing through the pain.’

‘For around one and a half years, it was what I looked forward to doing. Talking to Ciara in the diary. Telling her what her brothers were doing, asking if she remembered this or that. At that time I couldn’t be away from the house for too long as it was my security, before that explosion of madness that comes with grief would hit me.’

Eimear said that for around two years she had a ‘white noise’ whirling around in her head, but she had to function for the sake of her sons Jack and Barry, now aged  (24) and (20).

She had experienced grief when her only sister took her life by suicide at the age of 26. Eimear was 17 at the time.

‘I just remember the silence in the house, no one talking and my father carrying that grief with him for the rest of his life. I didn’t want my sons to have to go through that. So we had a house full of people, the radio was on and I put up a front for them.’

In 2018, she returned to the book and, inspired by Ciara, got it to draft stage.

In a strange twist, she remembers how when she and John were called to identify Ciara’s body, John broke down, but Eimear recalls going into fight or flight mode and in that moment she silently vowed to finish the book.

She  later saw a notice online how a UK agent was coming to Dublin looking for Irish writers, and booked an appointment with her.

The pandemic delayed publication but actually worked in her favour. The book ends in 1921, when the War of Independence was over, and it ended up hitting shelves during the centenary year.

Eimear dedicated the book to Ciara and said it felt like they’d done it together.

‘The book arrived in shops earlier than expected and I remember I was in a shop and by chance I saw it.

‘Instead of jumping around for joy I just felt a sense of loss, that I couldn’t share it with Ciara.

‘That immense pain, where I felt that I couldn’t even breathe, that has passed. But I still think of her every day. We had a very good relationship, a very good bond. She never once gave me an ounce of bother. I never look back and regret anything that happened between us.’

As well as writing, things like walking, swimming and running have helped Eimear.

‘Her 5th anniversary has just gone, she’d have been 22 and I always wonder how her life would have gone on. Before the pandemic we had a walk on her anniversary and had raised over €32,000 for various charities. Kodaline also gave us a signed guitar the first year and we raised over €22,000,’ said Eimear.

‘Every year gets easier, but I still find it very hard to say her name.

‘Originally I wanted to take all the photos of her down but you have to talk about it and confront it.’

The year after Ciara’s death Kodaline’s guitarist Mark Prendergast visited Eimear and John to given them a recording of a song they wrote in memory of Ciara called ‘Angel.’

In one of what Eimear says are many strange coincidences, there’s a portrait of Ciara aged eight, hanging in their hall where she’s wearing a tshirt with an angel on it.

‘I had been looking for a sign and I got it,’ she said.

The couple, who have remained a strong unit throughout their grief, went to see a medium.

‘John got great comfort from it and I’ll go again but we both know she’s everywhere.’

She’s hoping to shortly travel to Bandon Books Plus, in the Riverview Shopping Centre to sign copies of ‘Dublin’s Girl’ which is the the first of a three-book, historical fiction deal Eimear has secured with publishers Head of Zeus. She’s nearly finished the first draft of the second book set in the Curragh during World War II.