Enjoying the duck race in Timoleague, organised by the Molaga Tidy Towns Committee as a fundraiser for the local pontoon, were – back from left – Sarah Jackson Hegarty, Laura Sexton and Leah Wilson (front) Tara Jackson Hegarty and Hannah Twomey, all from Timoleague (Photo: Martin Walsh)

MOLAGA Tidy Towns held their fundraising duck race on Saturday afternoon last. Weather conditions were ideal, but unfortunately adhering to government restrictions on outdoor gatherings, all other events planned for the evening did not take place. 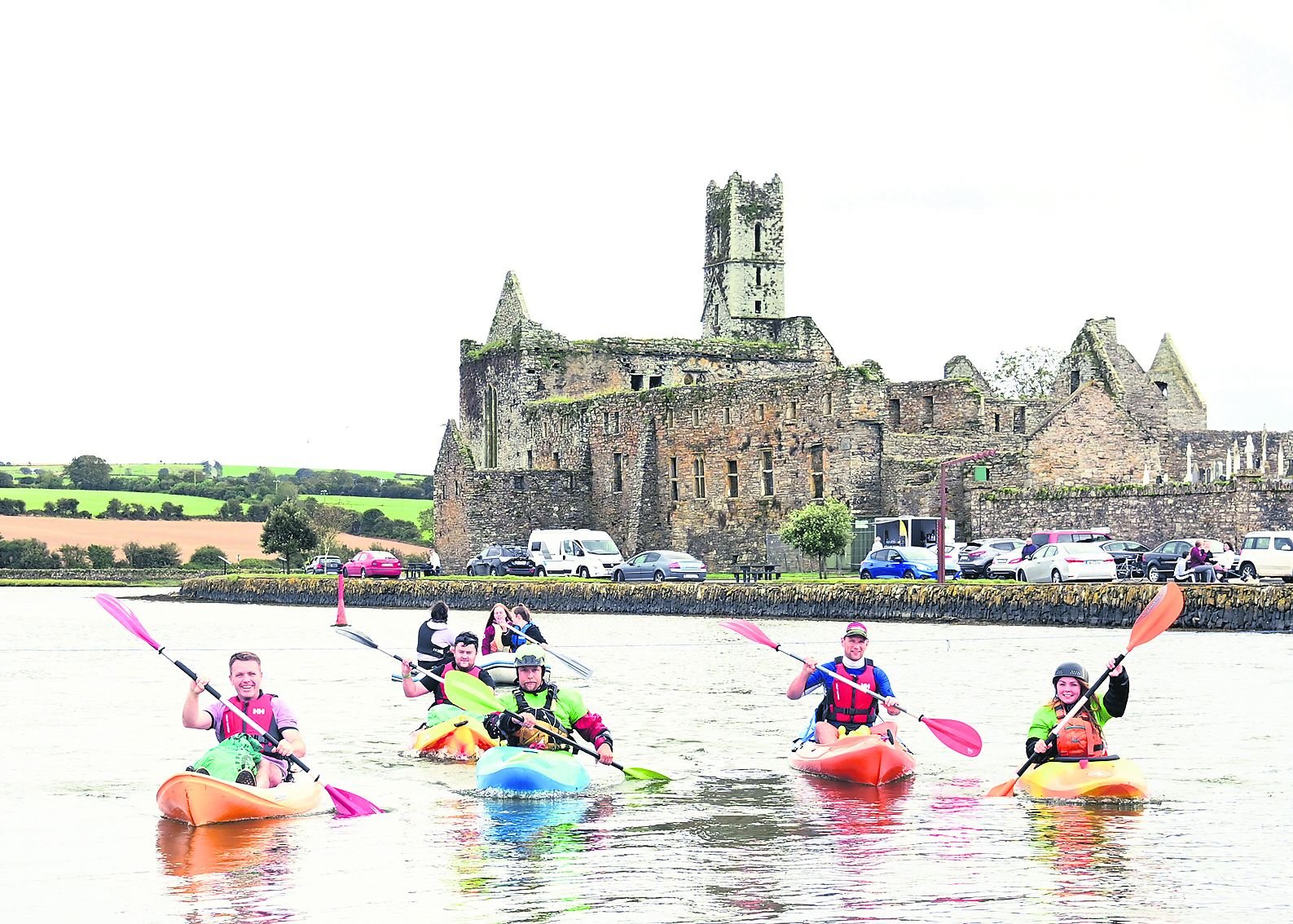 local kayakers helping out at the duck race in Timoleague.

Local water enthusiasts, Fergus Dunlea and his daughters, along with Eamonn Barry, Kevin Kelly and James Barry, went up river to release the ducks and set them on their way. They were joined by two members of Gecko from Courtmac who also gave invaluable assistance.

The Tidy Towns Committee members expressed their thanks and appreciation to all those who contributed so generously to this fundraising event. Rest assured that the funds raised will be put to good use for the continued enhancement of the locality.